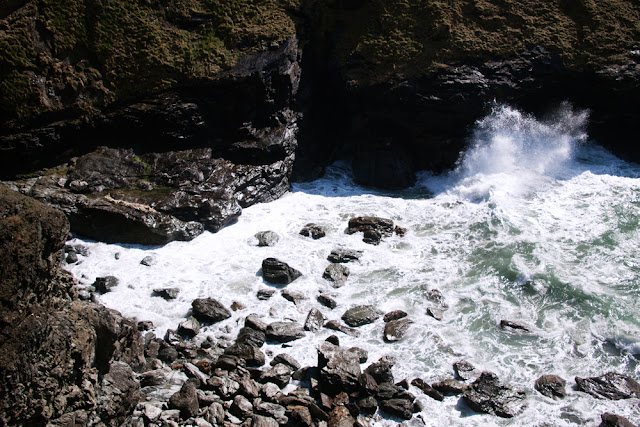 These pictures have been sat on my computer, unedited, since April. My friends and I had originally planned to go to the zoo on this day but when we woke up that morning the weather was just awful so we decided to go to a castle ruins on a clifftop instead... yeah. Luckily for us the weather had cleared up beautifully by the time we actually got to the castle. 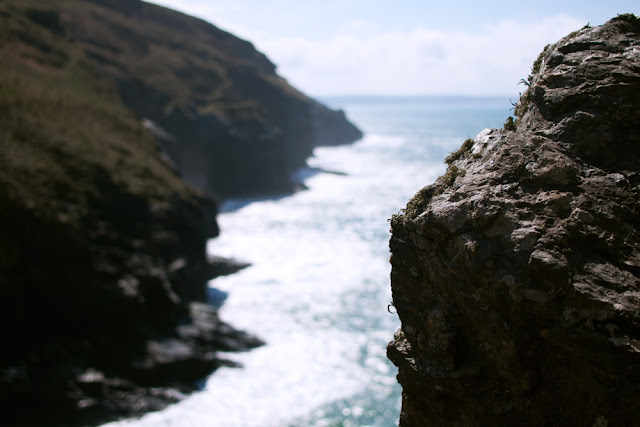 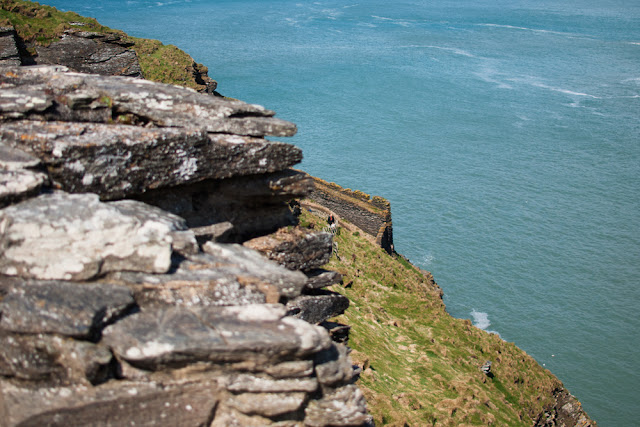 We ended up getting to Tintagel a little later than planned so the first thing we did was grab lunch at the appropriately named King Arthur's Arms and then we started the very long climb up to the castle. (It's steep. There are a lot of steps. I need to do more cardio.) Unfortunately the tide was in when we got there so we didn't get to see Merlin's Cave or the carving of Merlin that caused such a fuss in the local news in the weeks before our visit, but that's okay. I got to look out over the beautiful blue ocean, with the sun on my face, and tell my friends the story of King Arthur's beginnings at Tintagel. And they let me. So I really couldn't have asked for anything more. 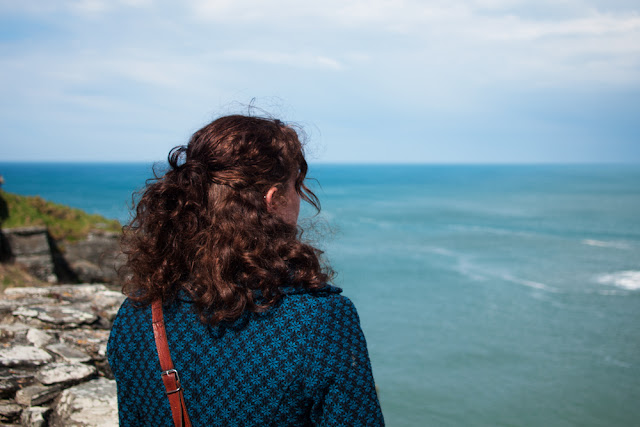 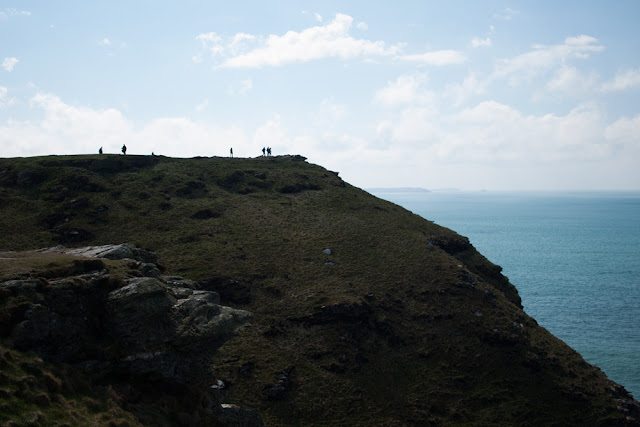 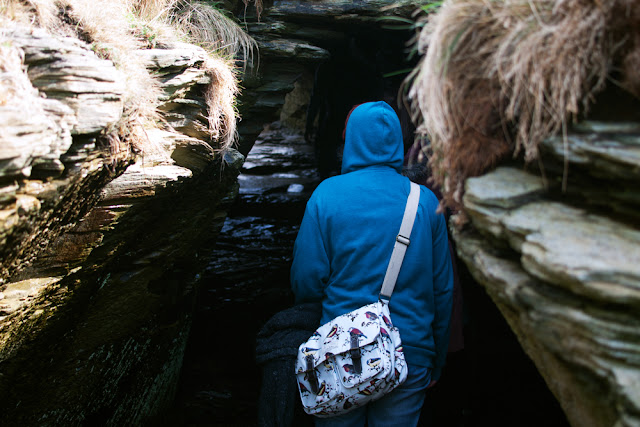 The story goes that Tintagel was once the home of the Cornish Duke, Gorlois and his wife, Igraine. They lived there happily together until the king, Uther Pendragon fell in love with Gorlois's wife. Igraine refused to become the King's mistress but, as was often the way with kings during these times, Uther eventually found a way to get what he wanted. 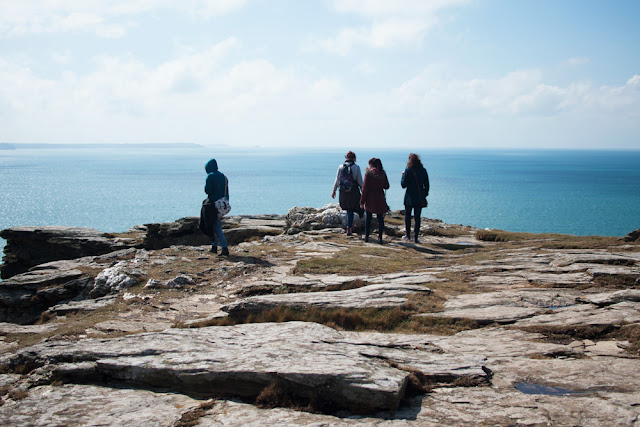 Slighted by Igraine's rejection, Uther declared war against Gorlois and one night, while Gorlois was away fighting this war, Uther asked the wizard, Merlin to help him. Merlin agreed on one condition - that Uther would allow Merlin the care of the child Igraine would bear him. Uther agreed and so Merlin used his magic to make Uther appear as Gorlois so that he could enter the castle at Tintagel and go to Igraine, without anyone knowing his true identity. Merlin's plan worked and that night Arthur was conceived. 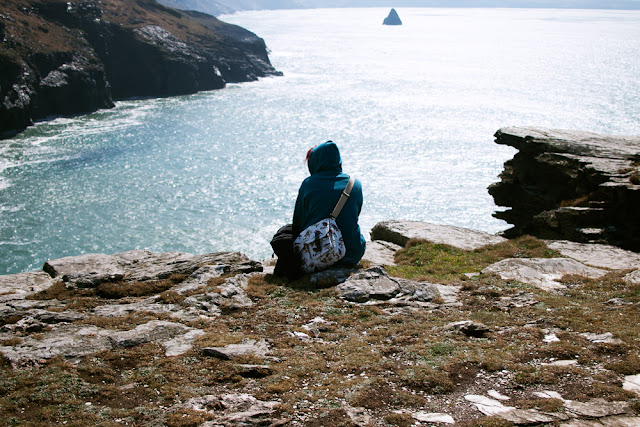 But something else also happened that night. In the morning, after Uther had gone, Igraine received word that her husband, Gorlois had been killed hours before he had appeared to her. Igraine told no one what had happened but, with her husband gone, it was decided that she should now marry King Uther. 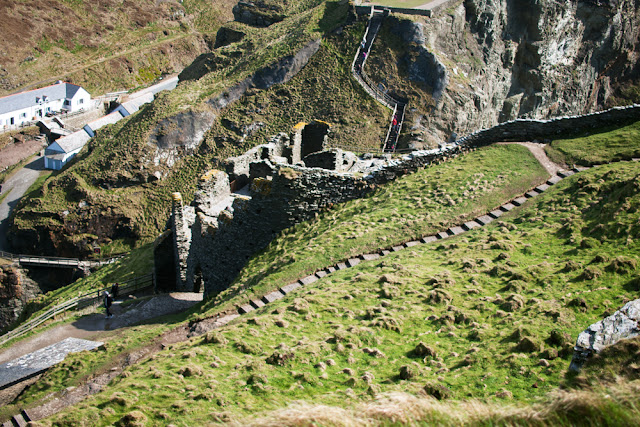 Igraine eventually confided in Uther her story of the strange conception of the child she carried and in turn Uther told her the truth of what had really happened that night. Months later Arthur was born and Merlin returned, to take the child he had been promised, to ensure that Arthur would grow to be a great king. 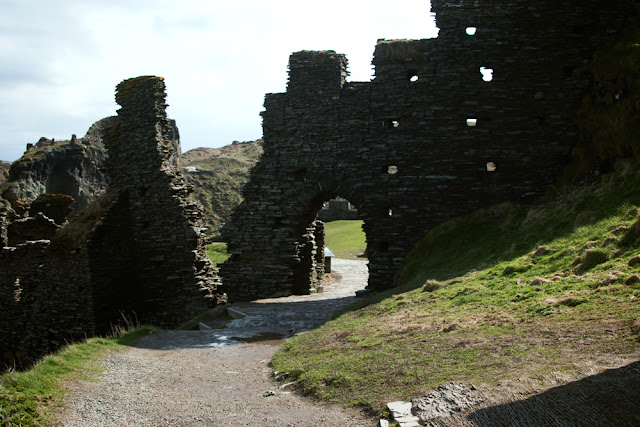 I'll admit it's a pretty creepy story, and that's probably why some more recent interpretations of the myth tend to skip over it a little, which is fair enough. Tintagel Castle also appears in the story of Tristram and Iseult as the home of King Mark of Cornwall, but maybe I'll save that story for the next time I visit. 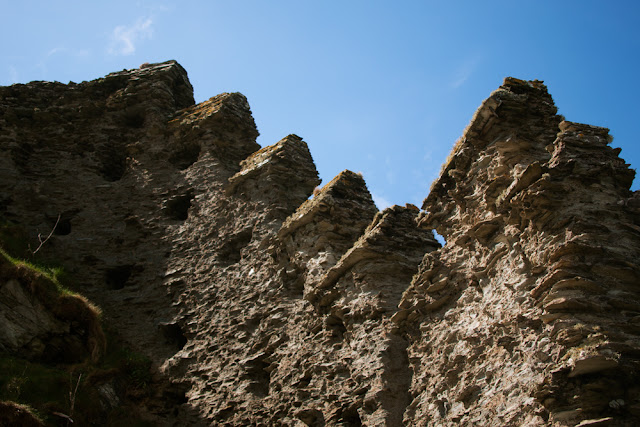 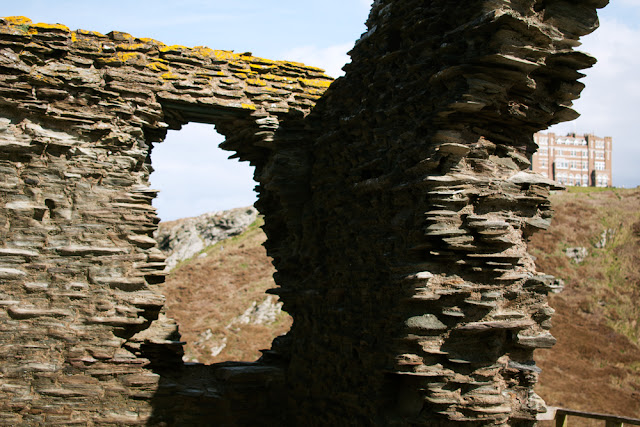 King Arthur aside, Tintagel castle is a beautiful place and I am quite sure that I will be visiting it again. Although I will remember to take change so I can get a lift up the hill on the way back next time because, not to be dramatic, but I nearly died walking back up that hill. 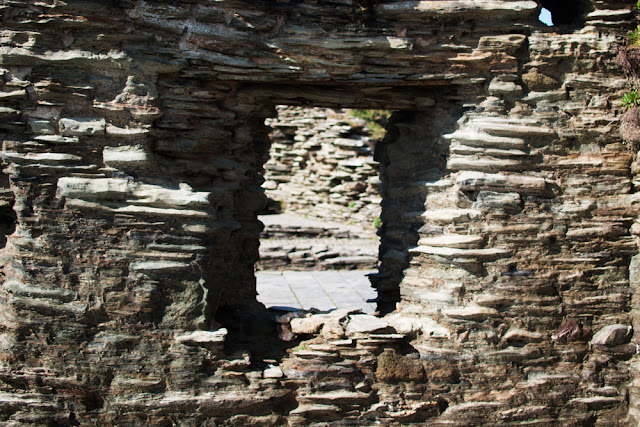 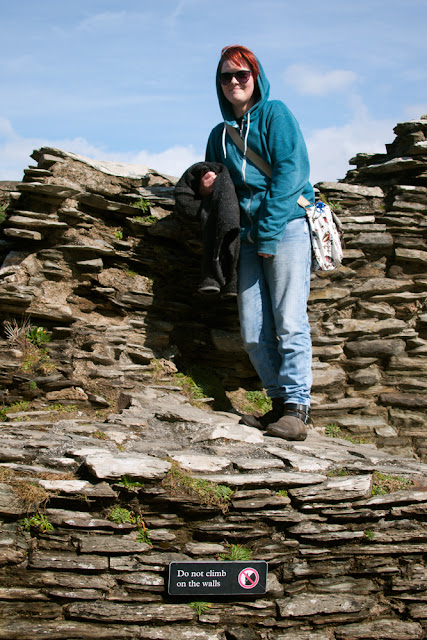 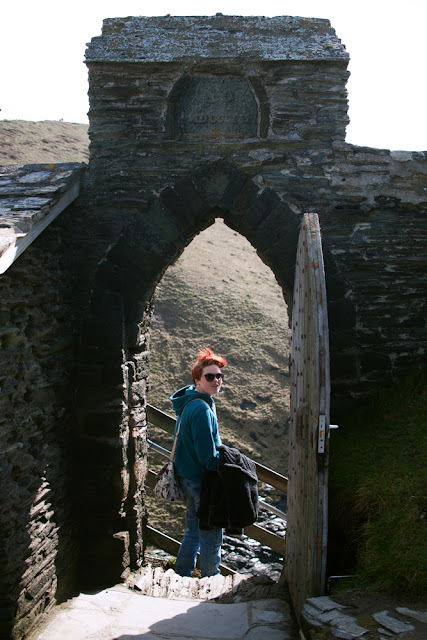