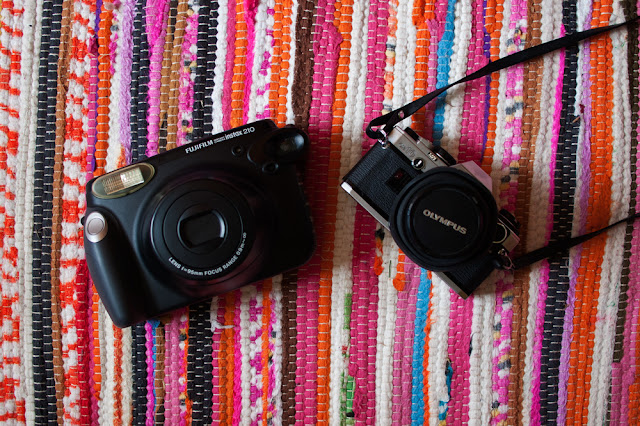 My secondary school had a darkroom that was literally built inside a cupboard. It attached to the main photography classroom via a door with an elaborate curtain set up to keep the light out and it was my favourite place in the whole school. I would spend entire lessons in there and then stay on during lunch or after school to keep going.

No one else in my class really liked shooting film. I was always the only person in the darkroom after school, our teacher in the next room or sometimes not even there at all, trusting me to know what I was doing (until he walked in once and found me eating a pasty over the enlarger with a coke balanced behind it. Then I got a little bit of a telling off.) To me, film felt like magic. Waiting for a photograph to develop, watching an image appear on a blank piece of paper in the faintly eery glow of a red light, that was the closest I would ever get to Hogwarts.

Digital is safer. That's why everyone else in my class preferred it. You can look at the image you've just taken straight away, there's no cost of film or developing, and Photoshop is always there to help make the image look exactly how you imagined. These are all the reasons I mostly use digital now too and there's nothing wrong with that. I'm certainly not going to stop using Instagram. But I want to use my film cameras again too. I want the excitement of not quite knowing how the image will look until it's too late.

I may not have access to a darkroom any more but I can still have a little of that thrill. Filling my roll of film with images, dropping off that little canister at the photography shop in town, and waiting for that phone call two days later. Waiting to get that little packet of prints, 6x4 on gloss paper. That moment just before I peel back the top of the envelope and see my photos for the first time. I can still watch my instant prints develop before my eyes, the colour slowly fading in, that moment when you think the white is sticking around for a little too long and then the first blooms start to appear.

I'm not quite ready to do a 365 project like Rhianne, on digital or on film (mostly because at least 350 of those images would just be me sitting at my desk staring at a blank page all day) but her 366 project of last year has inspired me to want to take my film cameras out more. This year I want to shoot at least four rolls of 35mm and more shots on my Instax camera. I'll be shooting colour film, which is relatively new to me (we always used black and white at school because the photography department couldn't afford all the equipment for colour printing) and these are films that have been sitting in my desk drawer for years so there's a good chance that I'll only end up with a handful of decent images to share here but that's okay. That's part of the magic too. 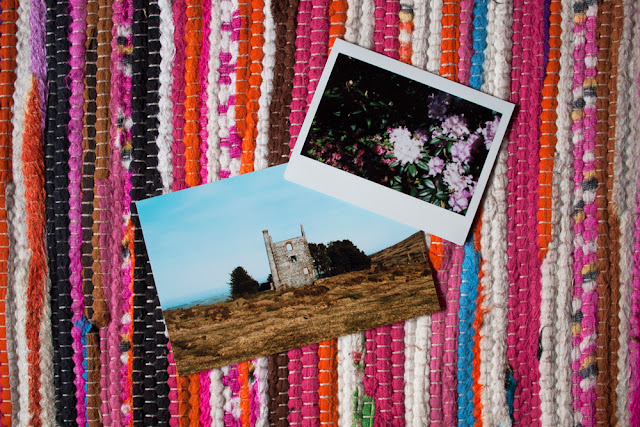 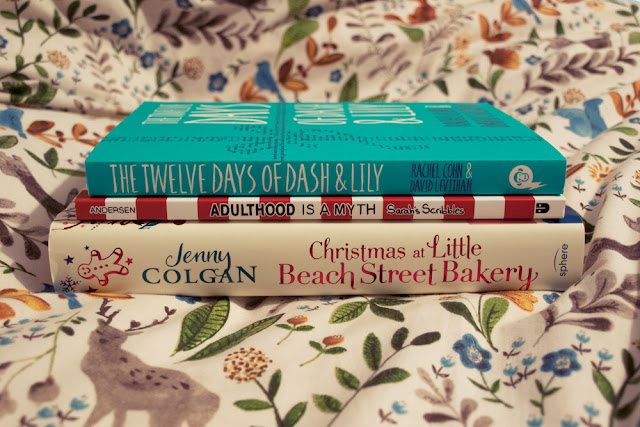 Let's pretend that we aren't already nearly two weeks into January and that I am actually posting this in a timely fashion, okay? 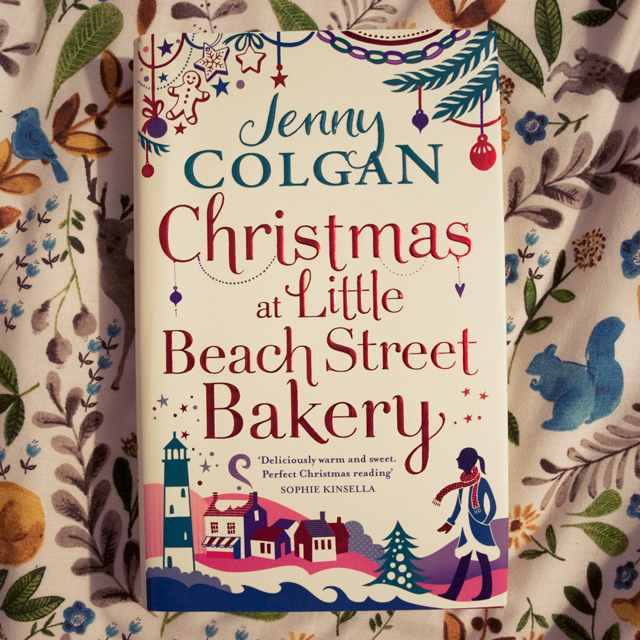 There is something incredibly warm and comforting about Jenny Colgan's writing. I'm particularly fond of her books set in bakeries and sweet shops and even more fond of the Beach Street Bakery series because of its Cornish setting. I also love Christmas so my enjoyment of this story was pretty much a foregone conclusion. 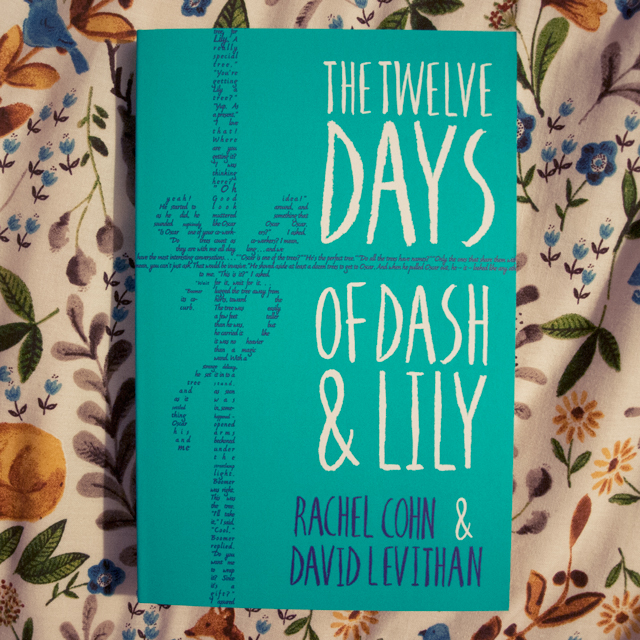 My only complaint about this book was that it wasn't long enough. I loved seeing Dash and Lily have a little bit of a personality switch from the first book and I liked that it didn't rely on introducing any new love interests for relationship drama. I just wish we had got to see more of Dash's twelve days of Christmas plan instead of having so much of it happen off the page. 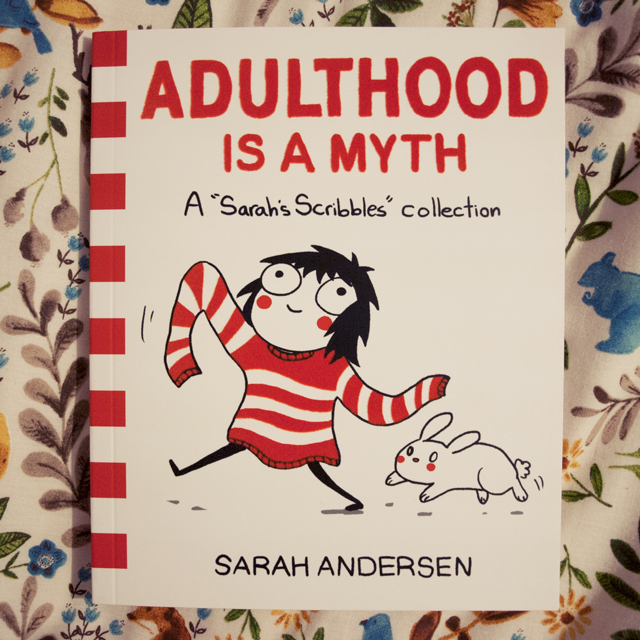 Adulthood is a Myth: A "Sarah's Scribbles" Collection by Sarah Andersen

Sarah Andersen's drawings are so relatable and funny that I would recommend a flick through this to any current 20-something. You're bound to find a truth in here to make you giggle. I received Adulthood is a Myth as a Christmas gift and read it in an afternoon, chuckling to myself in the corner of the living room while my dad did the same with his new copy of The Ladybird Book of The Meeting.

What can I even say about these? I know in the last couple of years some people have started to get tired of J.K. Rowling constantly adding to the Harry Potter universe but I am not one of those people. I will always welcome new Potter canon and these were a fun, interesting, and quick little look into the world I love so much.

I did also read about half of Mansfield Park in December but didn't manage to finish it before the end of the month so you'll just have to wait for my January wrap up to see what I thought about that. Judging by the delay on this post that will probably be up sometime in March... 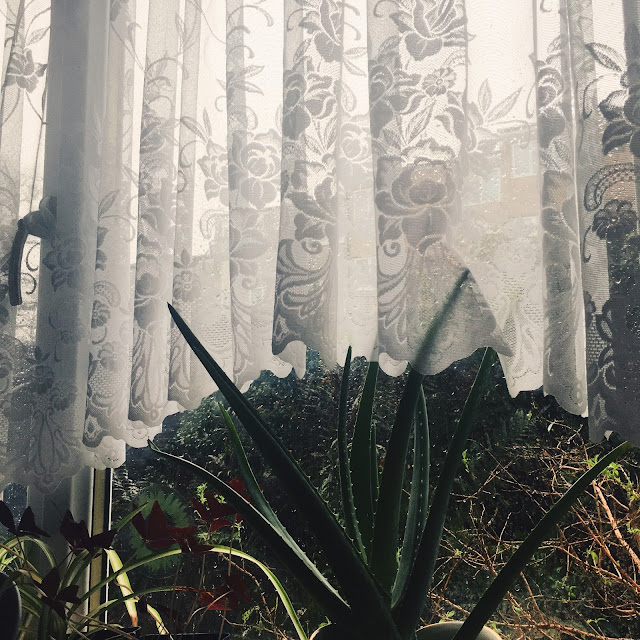 Every year I host New Year's Eve at my house. Or, I should say, at my parents' house. Every year since I was eighteen my friends come over, we listen to music in the living room, we play Jools Holland's Hootenanny muted on the TV until just before midnight when we turn the sound on to hear the countdown, we eat pizza, we drink, at midnight I go outside and pop open a bottle of sparkling wine provided every year by Alice. We all drink a glass and toast the new year.

We tell each other our resolutions, which are almost always the same. I want to finish my novel, Alice wants to finish her novel, Rose doesn't make resolutions on New Year because she is an actual, genuine scientist and doesn't entertain superstition like the rest of us do.

This year I really do want to finish my novel. I want to start driving lessons and pass my test. The same things I wanted to do a week ago and a month before that and seven years ago when we first started these traditions.

I'm picking a word, just one word, for 2017. Something I will try my best to live by and to remember and to be all of this year. It's a word I didn't actually pick, so much as it picked me. It jumped into my head after I read those two posts and immediately it felt right.

In 2016, with so many heroes dying and so many terrifying ideas rising, I have felt more hopeless and fearful than I can remember. Watching half of my country vote against what I believe in, watching America do it too, hearing about the far right rising in Europe and wars all over the world. 'Hope' might have been a good word too but I don't think that's what I need. I think I've always had that. Fearlessness, that's something else. That's something I've never had.

This post is a start. This post feels more personal than most of what I write here but I need to lose that fear too.

This year I will be fearless. Starting now.