That's right, it's that time of year again! For those of you who don't know, Read Women Month is something I've done in June for the past two years here on this blog of mine. The idea is simply to read exclusively books written by women during the month of June. It's that simple and that wonderful. There are many male authors whom I love but I, much like many others, feel that female writers often don't get taken as seriously as male authors. So Read Women Month is a chance to spend an entire month celebrating female authors! You can find posts from the last two years of Read Women Month here if you so wish.

For my TBR this year (post coming soon!) I'm going with something a little different. The truth is, I read a lot of female authors all through the year, but most of the authors I read, female or otherwise, are white. This, of course, is not on purpose, but then I hope that most people do not read mostly male authors on purpose either. So this year I have decided to dedicate my Read Women Month to books written by female authors of colour and I encourage you to do the same!

You don't have to, of course. The great thing about Read Women Month is that the only rule is to read books by women. But if you, like me, can look back at your recently read books and see a very large percentage of white writers, then this is as good a time as any to redress that imbalance, right?

So, whatever you choose to read, I hope you'll think about joining me for Read Women Month this year. Share this post, make and share your own posts, use the banner if you want, definitely use the hashtag, and let's spend the whole of next month celebrating women writers!

That's right, gang. It's that time of year again! Time for me to share my favourite acts who will be competing at tomorrow's Eurovision grand final! I've been dutifully watching the two semi-finals (which you'll probably be more than aware of if you're following me on Twitter) and, of course, the six acts who will automatically make it through to tomorrow's show, to bring you my top picks.

There are actually quite a few acts I enjoyed this year who haven't made it to the list (such as Sweden and France and, yes, even the UK) but without further ado, here are my top five faves for this year's competition!

Alter Ego - Minus One for Cyprus

I am a big fan of countries sending rock bands to Eurovision now. Definitely the Lordi effect. I love the howling, I love the main singer's little cardigan thing, I love that that one guy just has a blue beard. Look, the most important question for any Eurovision song should always be: 'why not?' and they are embodying that.

She's just so cute. I can't handle it. That's basically it to be honest. This whole thing is so adorable and I am a sucker for it.


Made of Stars - Hovi Star for Israel

I would just like to know if these guys are aware that they are performing at Eurovision? Don't get me wrong, this is some excellent indie rock and I think it's really great. I'm just not entirely convinced that these guys didn't somehow accidentally end up representing Georgia this year?

And back to classic Eurovision at its absolute finest. We've definitely all heard that bass line before but hey, there's nothing wrong with that! This has a real Michael Jackson vibe about it, which is definitely why I like it so much. Honestly, I think this one might be my number one favourite.

And just for good measure I thought I'd throw in my favourite act that unfortunately did not make it through to tomorrow night's final:


Help You Fly - IVAN for Belarus

What were the people of Europe thinking not voting this through to the final??? Honestly, I feel like people are taking this thing a little too seriously this year and if we can't have a naked guy caressing a wolf in the Eurovision grand final then what exactly is the point of this competition anyway? 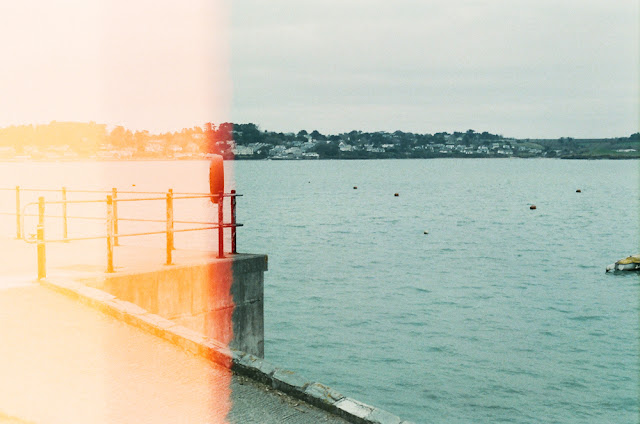 I've started shooting with film again. Well, I shot one roll of film. Twice. It's a long story.

This is my first ever light leak! I'm oddly proud of it but it doesn't go with the rest of the photos from this roll at all. So it can have its own little post for both of those reasons.