Those of you who follow me on Twitter might have noticed that I've been pretty enthusiastic about watching the Eurovision semi-finals this week. Last year I blogged about my five favourite Eurovision acts the day after the grand final but this year I thought I'd share my faves before the grand final because honestly, doesn't that feel a little bit more professional for some reason? IDK.

Let's deal with the pesky +1 first because you're probably wondering what on earth it's doing there.

Special mention goes to I Want Your Love by Eduard Romanyuta for Moldova!

Moldova isn't in my actual top 7 because it isn't actually going to be in the grand final tomorrow night. EUROPE DID NOT VOTE THIS THROUGH TO THE GRAND FINAL. I'm really mad about it and I loved Moldova's song too much to not include it in this list so it gets a special mention instead. I would have voted you through to the grand final, Moldova!

Now we can get on to the actual list (which is in no particular order.)

1. Rhythm Inside by Loïc Nottet for Belgium

I actually think I would like Belgium's song even if it weren't a Eurovision song, which is pretty much the highest compliment I can pay a Eurovision song. When I first watched it I couldn't quite figure out why I loved it so much but then James Dawson described Loïc Nottet as 'Boy-Lorde' on Twitter, and everything made sense.


This one starts off a little ballad-y but don't give up on it! It gets real at about the 1:55 mark and I LOVE IT. I feel like this might be a real contender but what do I know? I liked Moldova's song so clearly I know nothing about what the rest of Europe wants.

3. Warrior by Nina Sublatti for Georgia


The award for best outfit goes to Nina Sublatti, that's for sure. There are actually two songs called 'Warrior' in the contest this year but I can't remember who sang the other one or what country it was for or even if they got through to the grand final. This one is better.


This is what I'm talking about when I talk about Eurovision! It's so boyband, so energetic, SO GREAT. There are so many boring ballads and serious songs this year and I am so grateful to Israel for actually getting into the Euro-trash spirit and sending this glorious entrant.

5. Heroes by Måns Zelmerlöw for Sweden

Okay so this one is a little bit on the ballad-y side too but it's so catchy! And look at how he interacts with the projections! He's having fun and so am I. Maybe he's not having as much fun as Israel's contestant but I mean, who is?

6. Still In Love With You by Electro Velvet for the UK

In a surprising turn of events I actually really like our song this year. I wasn't so keen when I first heard it a few months ago but I've listened to it a few times today and it's actually just really fun. I like it. It certainly won't win, but hopefully we'll get a few points!


Now, what Australia has done here is made the mistake of just sending a really good song. I like this song. I would listen to this song on Spotify. I might even download it. But it's not going to win Eurovision. Sorry, Australia. I do really it though and I hope you enjoy taking part in Eurovision for the first (and last, let's be real) time!

What do you think of my choices? Is there anyone you really liked who I haven't included here? Or do you honestly just not care one bit about Eurovision? (Don't worry, this will be the last post about it until next year.)

I'm actually having a little Eurovision party tomorrow with a few of my friends but I'm sure I'll be tweeting about it too if those of you following me on Twitter aren't bored of that already.

Follow me on bloglovin'!
Posted by Anastasia at 19:12 No comments:

For those of you who have no idea what Read Women Month is and who can't be bothered to click on that link (no judgement, I get you.) it's pretty simple. Last year I made the decision to only read books written by women for the whole month of June and encouraged others to join me. And I'm doing it all again this year!

This year I've decided to come up with a few challenges for those of us taking part. (Don't worry, these are not physical challenges. We do not encourage that on this blog.) You can do any, all, or none of these challenges. It's completely up to you! There is no wrong way to do Read Women Month... unless you're exclusively reading books written by men... then you've sort of missed the point.

Read Women Month 2015 reading challenges.
(Just in case you haven't quite got it yet, all of these books should, of course, be by female authors.)

Challenge no 1: Read a classic.
My choice: 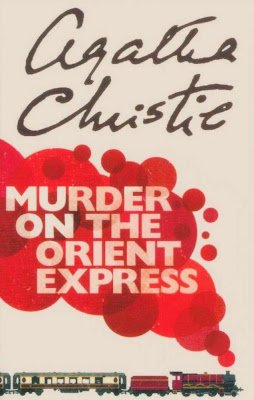 Murder on the Orient Express by Agatha Christie.

Murder on the Orient Express counts as a classic, right? It does in my mind. I've yet to read any Agatha Christie despite buying this and one of her other books last year so I'm really looking forward to getting into this.

Challenge no 2: Re-read an old favourite.
My choice: 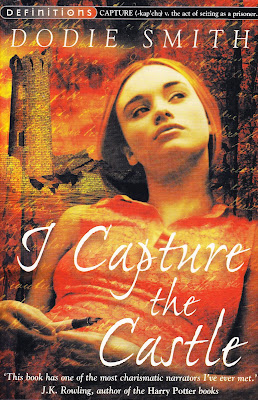 I Capture the Castle by Dodie Smith

I reserve the right to change my mind because I do what I want, but I'm pretty sure I'll be picking up I Capture the Castle for my re-read. It's one of my favourite books ever but I've actually only read it once so it's definitely time for a re-read anyway.

Challenge no 3: Read a book in a genre you don't normally read.
My choice: 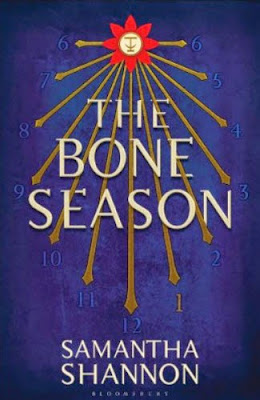 The Bone Season by Samantha Shannon

Fantasy was the obvious choice for me for a genre I don't normally read. I actually have no idea how long The Bone Season is because I have it as an ebook, which means it could very well take me the entire month just to read this one, but I'm sure I'll enjoy it even if it does take weeks to read.

Challenge no 4: Read a book by an author you haven't read before.
My choice: 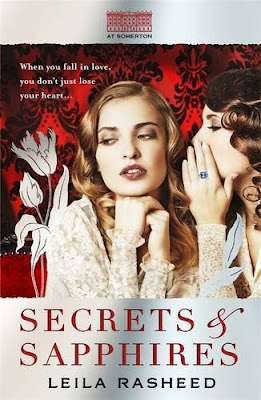 Agatha Christie and Samantha Shannon are both authors I haven't read before so I could totally get away with doubling up for this one but I'll probably try and squeeze in Secrets and Sapphires too if I have time after the three books I've already mentioned.

And that's it! Those are the four challenges and my choices for each of them. The challenges aren't compulsory for taking part in Read Women Month by any means. I thought it would be something a bit fun and different for this year but if you don't fancy any of them then don't worry about it! The only rule for taking part in Read Women Month is to read books by women!

Please do let me know if you choose to take part in Read Women Month in any way! You can leave me a comment to let me know if you're taking part or, just like last year, I'll be checking the #ReadWomenMonth tag frequently throughout the month on both Twitter and Instagram.

And if you'd like to see my Read Women Month posts from last year they can all be found here!

Follow me on bloglovin'!
Posted by Anastasia at 17:27 2 comments: 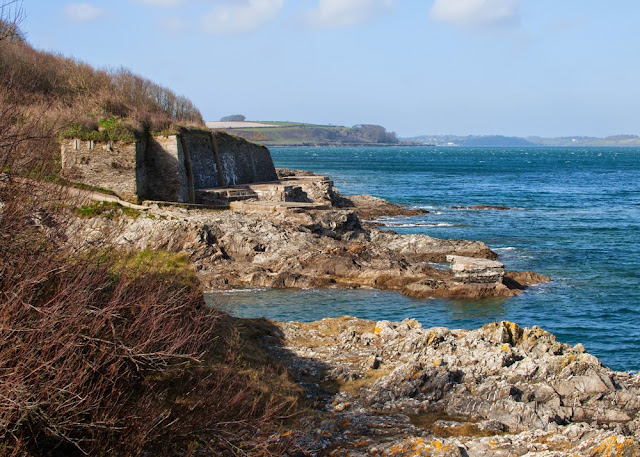 A few weeks ago I went on a little road trip with a few of my friends. We had lunch in and explored Falmouth, then we drove to Pendennis Point (where I feared we might all be blown away by the extreme winds!) and on our way back home we stopped at a roadside Starbucks, where I had my first frappuccino of the season. It was a pretty great day. 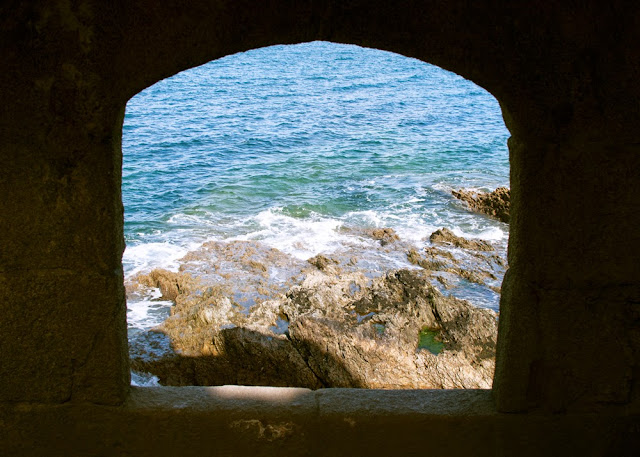 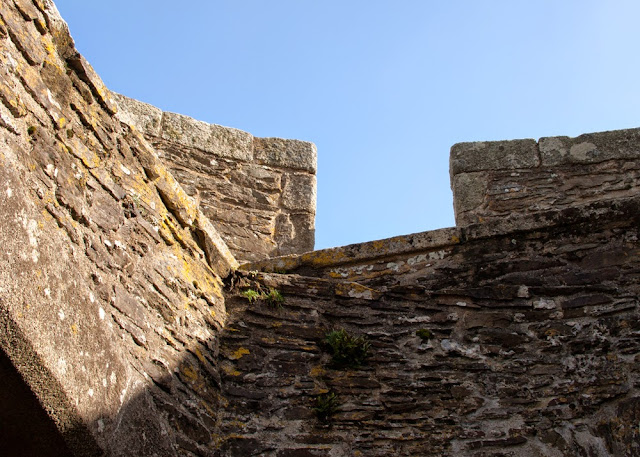 All of these photographs were taken at Pendennis Point. I had my Instax with me so my friend Chuck used my DSLR for most of the day but I managed to snap these few photographs that I'm pretty pleased with. 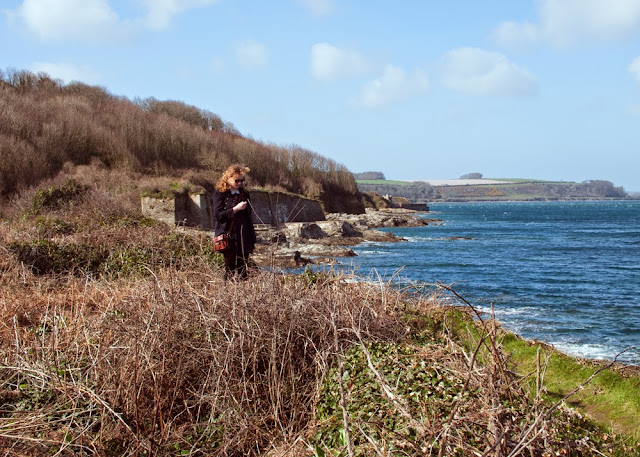 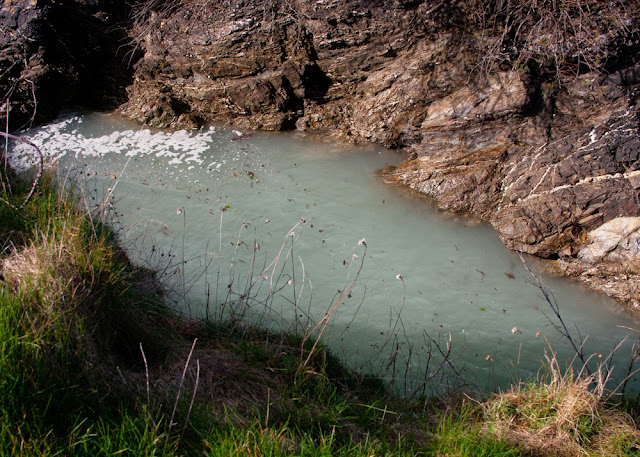 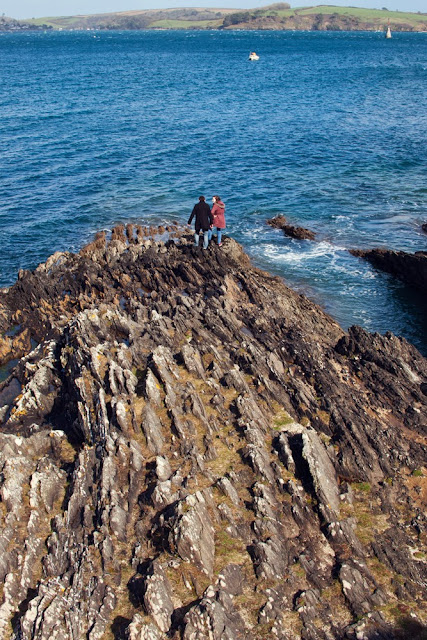 And for good measure, here's a bonus picture that Chuck took of me in Falmouth. 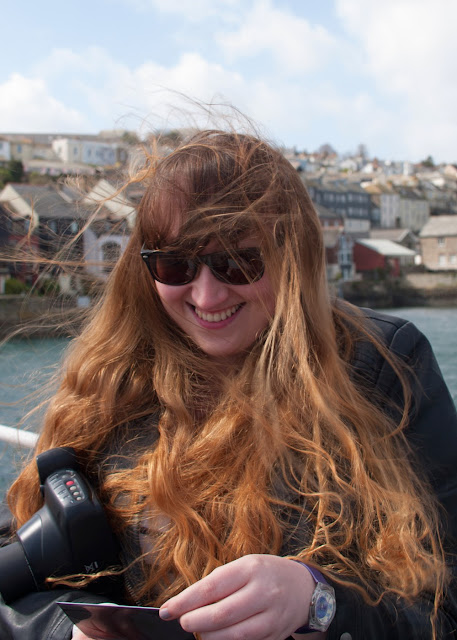 My hair was like a bird's nest by the end of the day.

Follow me on bloglovin'!
Posted by Anastasia at 22:29 2 comments:

Brushing off the dust. 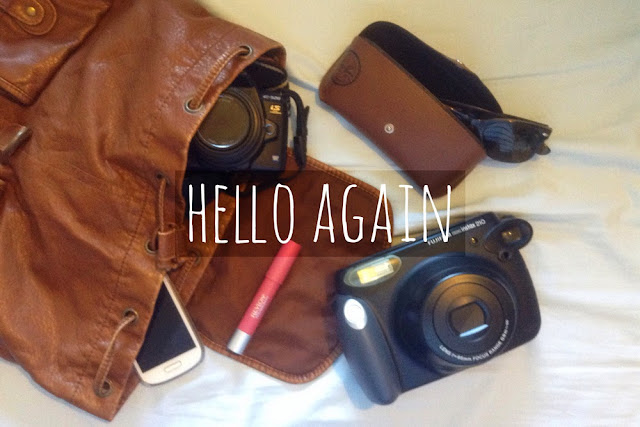 What is this? A post? I know. Hold on to your hats, people. We're getting back into it.

You may remember back in October last year when I announced that I was starting a separate blog, stasialikesbooks, for all my bookish posts. Well it turns out that didn't go so well. 1) I just ended up posting on that blog fairly often and never posting on this one and 2) it turns out I don't actually enjoy writing book reviews in that sort of format as much as I thought I would. Who knew?

So, what's going to happen next?

1) I won't be posting to stasialikesbooks anymore. Maybe one day in the distant future I'll change my mind again but for now we're going back to the way things used to be. By which I mean that I'm going back to just posting whatever the heck I like on this blog and trying not to worry about what a mess it might be.


2) However, I am still pretty pleased with what I did post on stasialikesbooks over the past few months so at some point in the next few days I'll be reposting all of those posts over here. I know this will probably be very annoying for your bloglovin' feed but please bear with me! There are only 19 posts to be switched over and then everything will get back to normal.

3) I'm going to start posting about makeup and beauty a little bit. This has absolutely nothing to do with anything else I've mentioned in this post but I just thought I'd let you know while we're here. It's something I'm really interested in and most of the blogs I follow are beauty and fashion blogs so this has been a long time coming really.

4) I'll still be posting about everything else you're used to seeing here, including books, films, tv shows, baking, and photography, I'll just be adding a few more things to the mix. The more the merrier, right?

I'm sort of still figuring out what I really want this blog to be but I'm getting some idea now and I really hope you'll stick with me while I work it out.

Follow me on bloglovin'!
Posted by Anastasia at 20:37 2 comments: