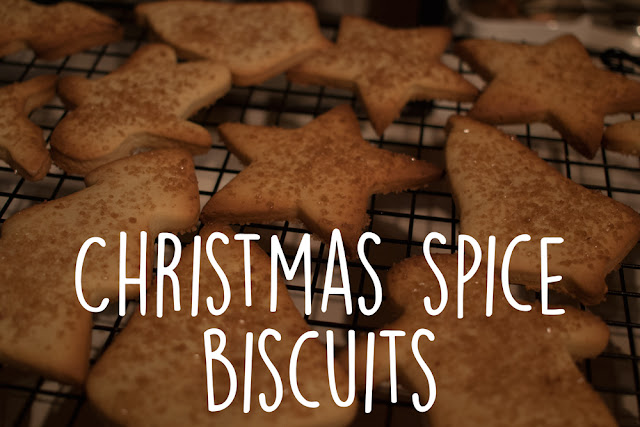 Years and years ago mum bought me these Jamie Oliver Christmas biscuit cutters, which came in a bag with a recipe for Christmas spice biscuits. I've made these biscuits quite a few times since then and it goes wrong in exactly the same way every single time. Jamie Oliver and I are in a fight about it. He doesn't know it, but we are. 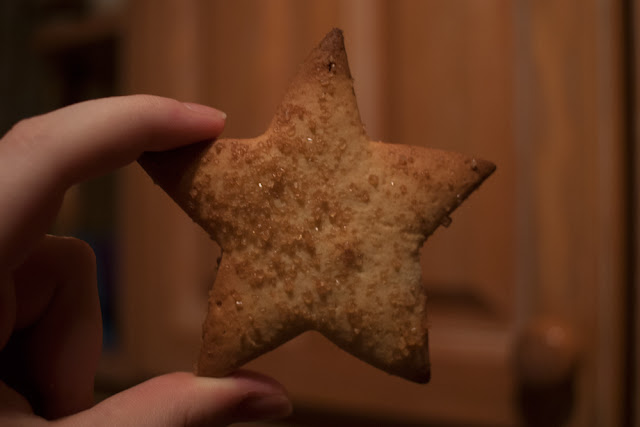 Anyway, they look cute when they're done, don't they? And they taste pretty great too, all orange and sugar and cinnamon and loveliness. I'm particularly fond of the fat little gingerbread men and the reindeers (which you can't actually see in these pictures... oops.) 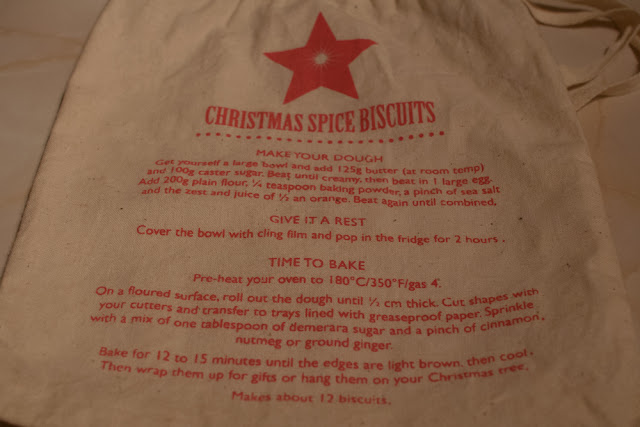 Now, back to how they go wrong every single time. It's the flour. The recipe calls for 200g of plain flour but I always find that the dough is just too sticky to roll, even after having been in the fridge for two hours. Maybe I'm adding too much orange juice, I don't know, but I always end up adding more flour to the dough until it starts to look like a dough that can actually be rolled. This usually works out for the best anyway because I always end up with more than 12 biscuits. I'd just be careful of that if you try making these yourself.