I'm one of those people who will spend twenty minutes trying to decide if I really have the concentration today to sit down and watch a movie for two and a half hours but I will readily watch an entire series of a TV show in one day, no questions asked. Seriously, the amount of times I have thought to myself 'I don't want to watch a whole movie right now so I'll watch six episodes of Merlin instead' is not even funny. I also never seem to get the urge to watch the cool new shows until they're at least on their second season, which means I'm always a little behind when things first start out. Except for Breaking Bad. I watched the first three episodes of that when they first aired, decided I didn't like it, and then spent the next five years wondering what the heck I had missed. It turns out I am not always right when it comes to television shows.

Anyway, I've been getting caught up with some good shows recently and re-watching one of my all time favourites and I thought I'd share my thoughts about them and maybe encourage you to watch them too! 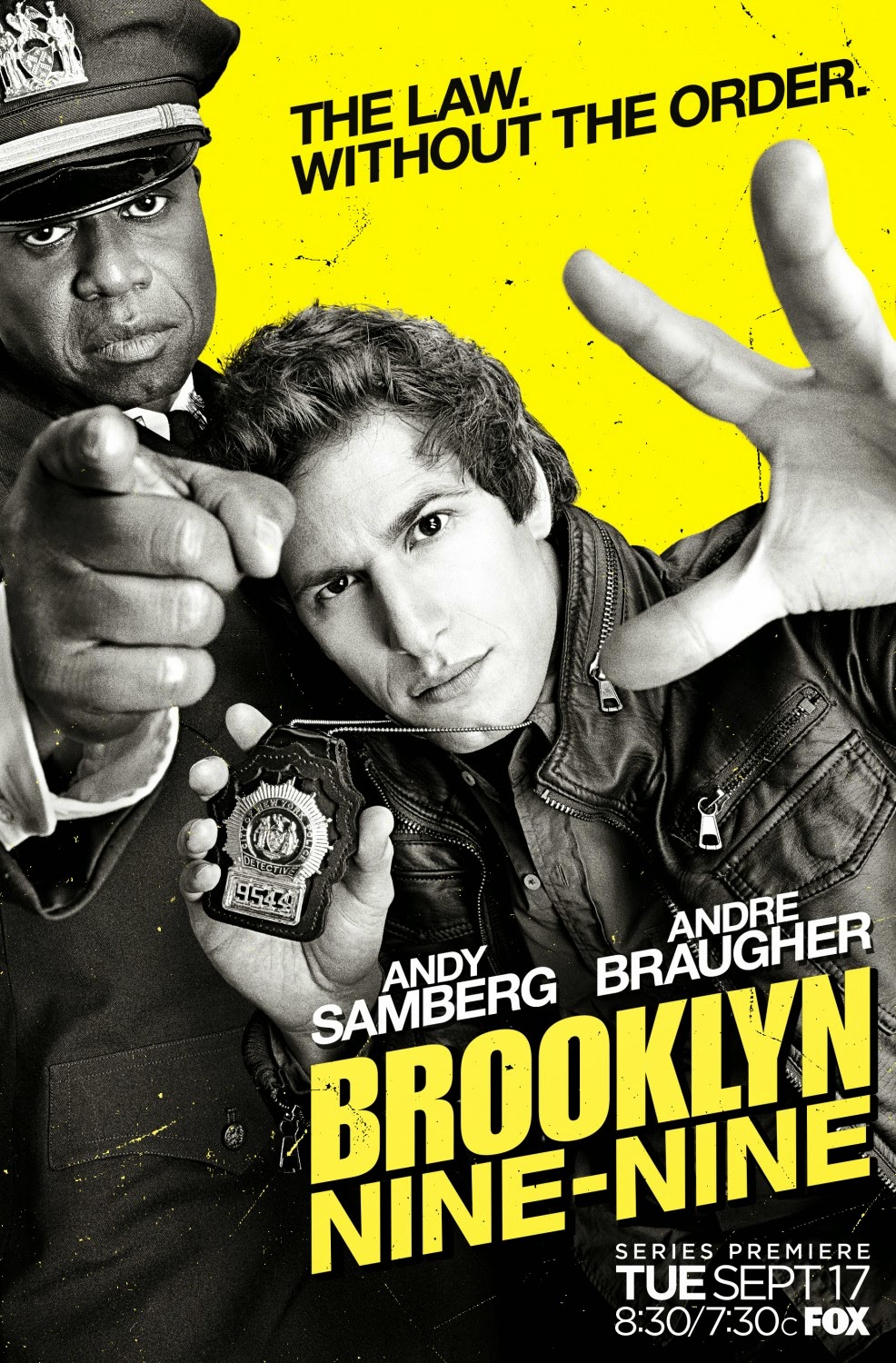 I'd seen enough gif sets of Brooklyn Nine-Nine on tumblr that I knew it would be funny but I honestly was not prepared for just how funny it really is. There are a lot of shows that make me laugh, but not many that make me laugh like this. I'm talking full on snorting laughter here, people. Another thing I love about it is that all of the main characters are likeable. That's one thing that really makes me love a show - the characters all being relatable - and Brooklyn Nine-Nine totally has that going for it. If you're looking for a new comedy show then you should definitely give this a try. 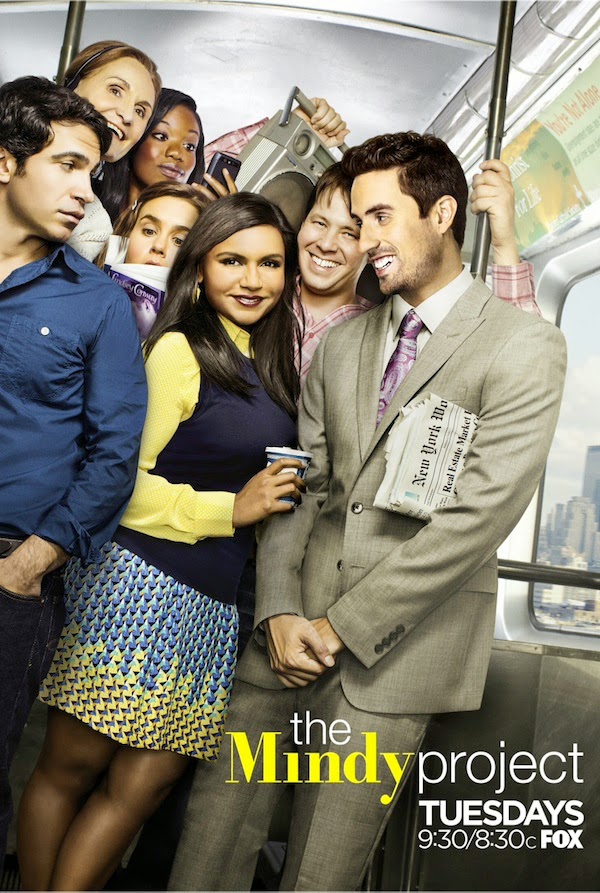 Okay, can I just take a break here to question the people that make these posters? Why is everyone so airbrushed all the time? Everyone on this poster looks like they have a face made out of plastic. It's creeping me out.

Anyway, I wasn't sure at first that I would like The Mindy Project but basically I was a total fool. The humour in this show is really spot on, and one of my favourite things about it is the confidence that Mindy has. It's kind of unusual for a comedy show to have a central female character who is so confident and self assured and I really wish it weren't because there are women like Mindy in the real world and I think it would be good for us all to see more of them represented on TV! Plus the show is absolutely hilarious and all the characters are just a little bit weird. I think if you like New Girl (another show whose posters suffer from plastic face. What are you doing over there FOX?) then you will definitely like The Mindy Project. 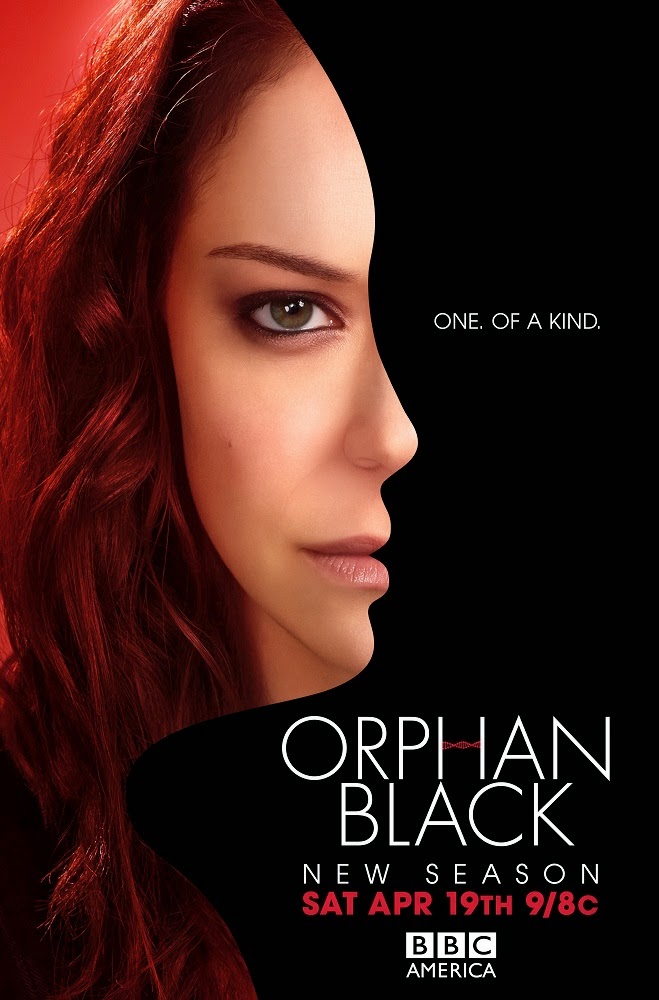 I honestly don't know why it took me so long to watch Orphan Black. I think it was just laziness. I knew I was going to love it but for some reason it took season two starting to finally prompt me to watch season one. Orphan Black is one of the best sci-fi shows I've seen in a long time. The whole story is so interesting and unique, and Tatiana Maslany is amazing. She plays all of the clones with different voices, different mannerisms, and it's always natural. It's easy to forget at times that these characters are all being played by one actress. There is a small cast of supporting characters (and when I say 'supporting' I really mean 'not played by Tatiana') the star of which is Felix, adopted brother to one of the clones. And if you're at all familiar with the work of William Gibson then you'll definitely enjoy the Neolutionists.

Although the show definitely sits nicely in the science-fiction genre, I know a few people who have really enjoyed it even though they don't usually like sci-fi, so I would definitely recommend giving it a try even if you don't usually like that sort of thing. Even if only to see Tatiana Maslany manage to make a whole group of clones somehow look like different people. 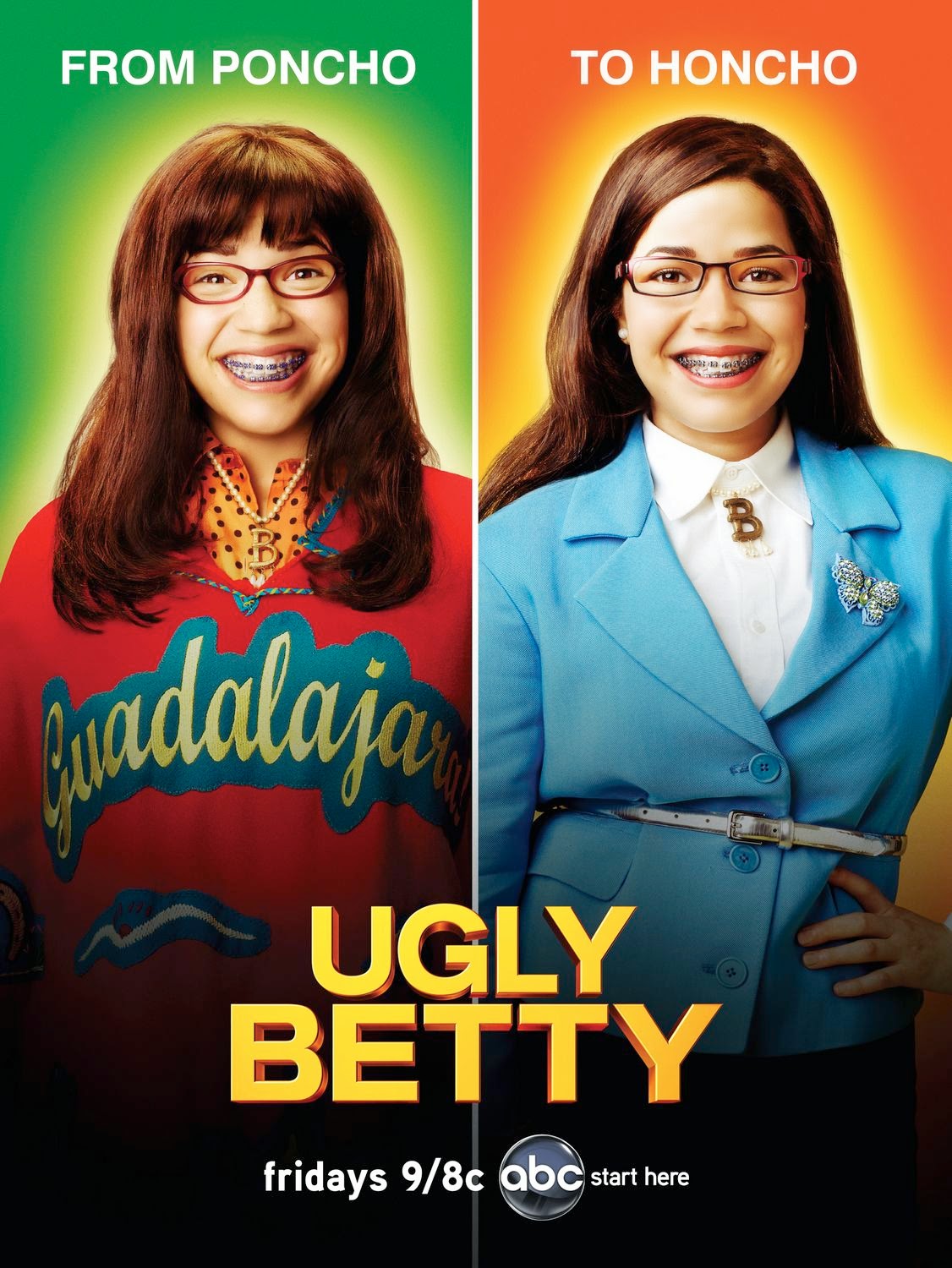 Now this one I've seen before. I watched Ugly Betty back when it used to be on Channel 4 every week, but it was a few years ago now that it finished and when I saw that Netflix had the first two seasons I immediately started a re-watch. Then I downloaded the second two seasons so I could finish it. Ugly Betty has always been one of my favourite shows. I even dressed as Betty for my 16th birthday party (unfortunately there are no pictures). Betty is an important character to me for a lot of reasons but that's a story for another time. It was really fun to watch this show again years after it originally finished because there were a lot of story lines I had forgotten, so I got to have that nice feeling of nostalgia from watching something you've seen and loved before, but also a few shocks as I remembered things I had forgotten. One thing I had not forgotten was how great Marc and Amanda are and I think I actually liked them even more now that I'm older. If you haven't seen Ugly Betty then you should definitely go and watch it right now!

What have you been watching lately? Let me know in the comments!