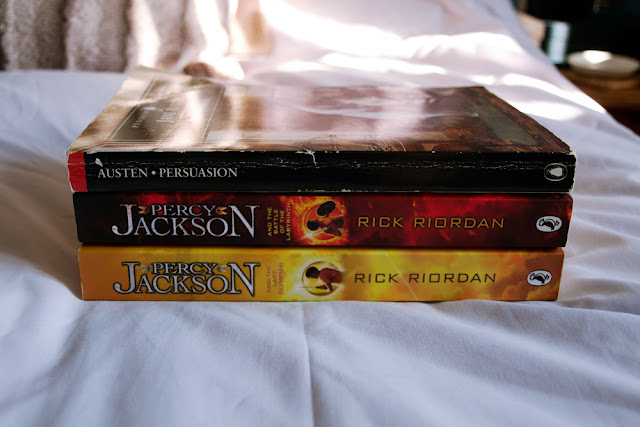 I may only have a very small (and very blurry) pile of books to talk about from September but they all left a big impression! 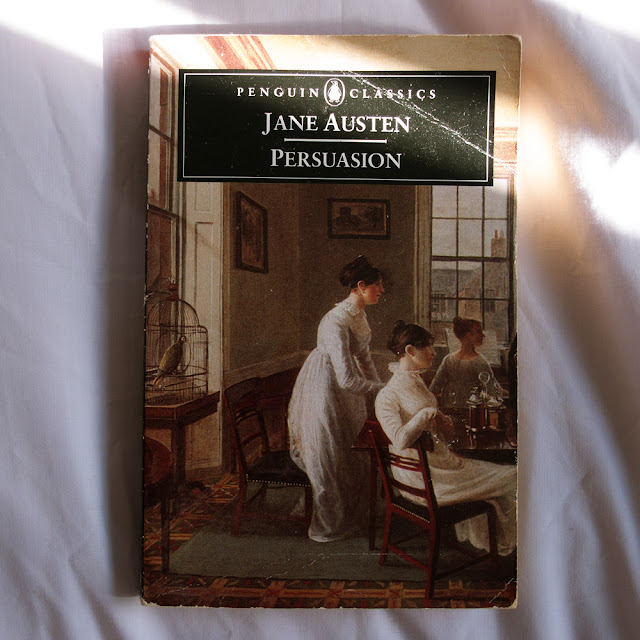 
This is my second read for the Austentatious book club and I want to know why nobody ever told me how funny Jane Austen is before! I didn't enjoy Persuasion quite as much as Pride and Prejudice, I think due to the fact that the story itself means that the reader doesn't really get to see Anne fall in love in the way that you do with Pride and Prejudice, but I still thoroughly enjoyed it and I'm really looking forward to this month's read, Northanger Abbey. 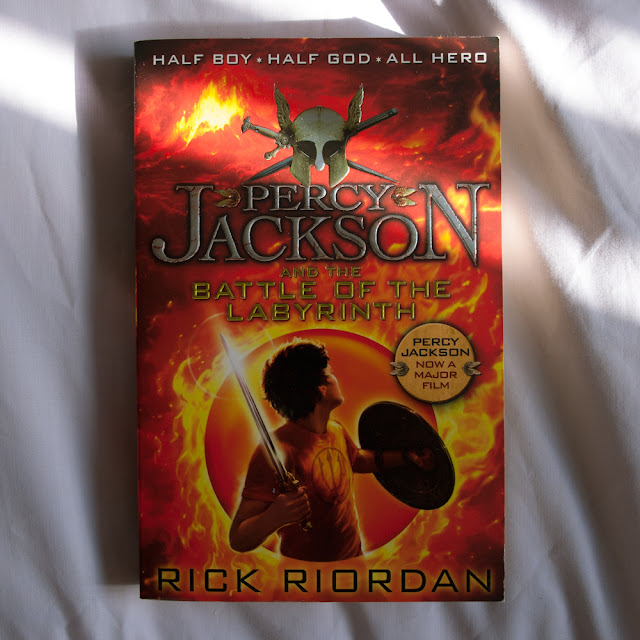 Percy Jackson and the Battle of the Labyrinth by Rick Riordan

I said last month that The Titan's Curse was my least favourite of the Percy Jackson series so far and that remains true. I'm not sure if it's because my favourite character, Tyson, returns in this novel or the fact that I was in a school production of Theseus and the Minotaur when I was about seven years old (I played part of the labyrinth wall. My primary school was very ambitious about school plays) so I just have fond memories of that particular Greek myth, but there was something about the labyrinth that I really loved and I think this probably stands alongside the second in the series as my two favourites. 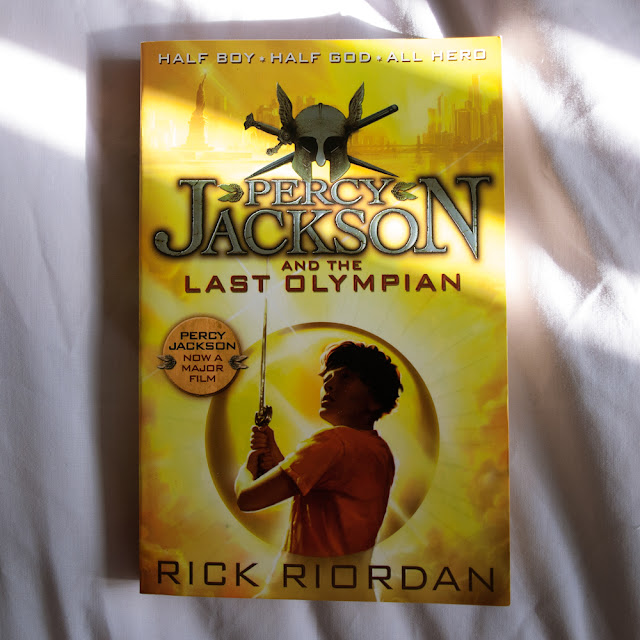 Percy Jackson and the Last Olympian by Rick Riordan

I also read the very last novel in the Percy Jackson series this September! Personally, I found the first half of this one kind of confusing and long winded but towards the end it definitely picked up and I definitely did not cry during one of the final scenes (I did. I'm not telling you when though. Spoilers.) All in all I think The Last Olympian was a really fitting end to a really fun series and completely reinforced what a great bunch of characters Rick Riordan has created in these novels. I can't wait to get my hands on The Lost Hero and meet some more of them!