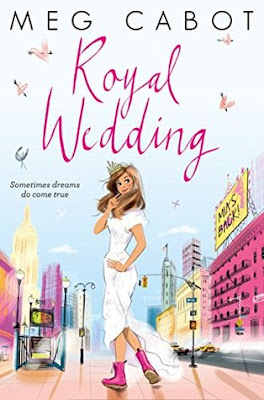 For Princess Mia, the past five years since college graduation have been a whirlwind of activity, what with living in New York City, running her new teen community centre, being madly in love, and attending royal engagements. And speaking of engagements. Mia's gorgeous longtime boyfriend Michael managed to clear both their schedules just long enough for an exotic (and very private) Caribbean island interlude where he popped the question! Of course Mia didn't need to consult her diary to know that her answer was a royal oui. But now Mia has a scandal of majestic proportions to contend with: Her grandmother's leaked "fake" wedding plans to the press that could cause even normally calm Michael to become a runaway groom. Worse, a scheming politico is trying to force Mia's father form the throne, all because of a royal secret that could leave Genovia without a monarch. Can Mia prove to everyone - especially herself - that she's not only ready to wed, but ready to rule as well?

I cannot even tell you how long I have been waiting for this book. Never mind this year, this is the book I am most excited for period. I've had it pre-ordered since April. That's how serious I am. I loved the Princess Diaries books as a teenager and I still love them now and I seriously can't wait to read about Mia and Michael again (my ultimate OTP) and I'm even excited to read about what kind of trouble Grandmere is getting Mia into now that she's all grown up. 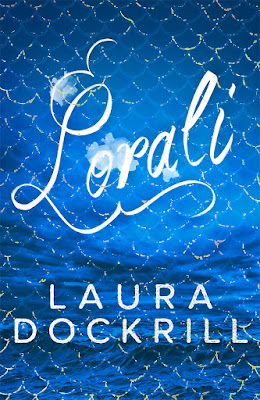 Looking after a naked girl he found washed up under Hastings pier isn't exactly how Rory had imagined spending his sixteenth birthday. But more surprising than finding her in the first place is discovering where she has come from. Lorali is running not just from the sea, not just from her position as princess, but her entire destiny. Lorali has rejected life as a mermaid, and become human. But along with Lorali's arrival, and the freak weather suddenly battering the coast, more strange visitors begin appearing in Rory's bemused Sussex town. With beautifully coiffed hair, sharp-collared shirts and a pirate ship shaped like a Tudor house, the Abelgare boys are a mystery all of their own. What are they really up to? Can Rory protect Lorali? And who from? And where does she really belong, anyway?

Mermaids! I don't think I've ever read any books about mermaids and Lorali sounds so interesting that I will be very pleased for it to be my first. This sounds like a great YA story with a fantasy twist and I am particularly looking forward to the Abelgare boys and their pirate ship shaped like a Tudor house! Honestly this sounds right up my street and I might have to consider preordering this too... 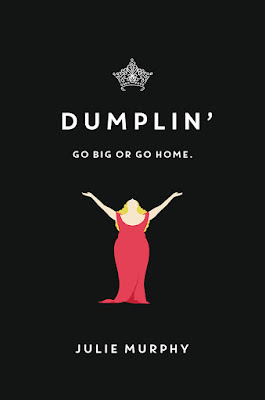 Self-proclaimed fat girl Willowdean Dickson (dubbed "Dumplin'" by her former beauty queen mom) has always been at home in her own skin. Her thoughts on having the ultimate bikini body? Put a bikini on your body. With her all-American beauty best friend, Ellen, by her side, things have always worked... until Will takes a job at Harpy's, the local fast-food joint. There she meets Private School Bo, a hot former jock. Will isn't surprised to find herself attracted to Bo. But she is surprised when he seems to like her back. Instead of finding new heights of self-assurance in her relationship with Bo, Will starts to doubt herself. So she sets out to take back her confidence by doing the most horrifying thing she can imagine: entering the Miss Clover City beauty pageant - along with several other unlikely candidates - to show the world that she deserves to be up there as much as any twiggy girl does. Along the way, she'll shock the hell out of Clover City - and maybe herself most of all.

My good friend Saruuh told me about Dumplin' because not only does she know me incredibly well but she also clearly cares about me deeply. A fat girl protagonist who is totally okay with her size? And she has a love interest? And she enters a beauty pageant?? It's everything I could ever hope for tbh. Plus the full synopsis on Good Reads mentions Dolly Parton and if I wasn't already in love with the idea of Dumplin' that would have done it. 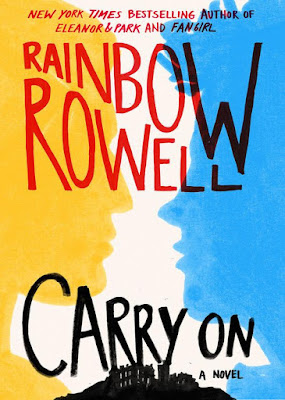 Simon Snow just wants to relax and savour his last year at the Watford School of Magicks, but no one will let him. His girlfriend broke up with him, his best friend is a pest, and his mentor keeps trying to hide him away in the mountains where maybe he'll be safe. Simon can't even enjoy the fact that his roommate and longtime nemesis is missing, because he can't stop worrying about the evil git. Plus there are ghosts. And vampires. And actual evil things trying to shut Simon down. When you're the most powerful magician the world has ever known, you never get to relax and savour anything.

Those of you who have read Rowell's Fangirl will be familiar with Simon Snow already. If you haven't read Fangirl don't worry, Carry On isn't a sequel or anything. In Fangirl, Simon Snow is a sort of in world version of Harry Potter, for which Cath writes fanfiction. Now Rainbow Rowell has brought Simon and Baz out of the world of Fangirl and given them their own real story and I'm super excited to read it! 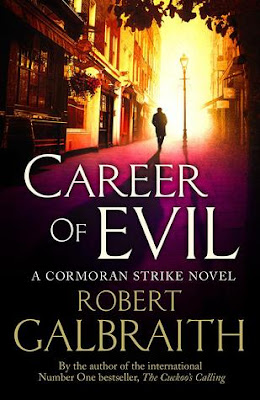 When a mysterious package is delivered to Robin Ellacott, she is horrified to discover that it contains a woman's severed leg. He boss, private detective Cormoran Strike, is less surprised but no less alarmed. There are four people from his past who he thinks could be responsible - and Strike knows that any one of them is capable of sustained and unspeakable brutality. With the police focusing on the one suspect strike is increasingly sure is not the perpetrator, he and Robin take matters into their own hands, and delve into the dark and twisted worlds of the other three men. But as more horrendous acts occur, time is running out for the two of them...

I can't tell you how glad I am that I actually really enjoy the Cormoran Strike novels. Don't get me wrong, I thought The Casual Vacancy was really good, but it's not exactly the kind of novel I'm going to read over and over again. I think we can all agree it was kind of depressing. These books about gruesome murders and severed limbs though? Right up my alley. I actually preferred the second book in this series, The Silkworm, to the first, The Cuckoo's Calling, so I can only hope that that trend will continue and I'll enjoy Career of Evil even more!