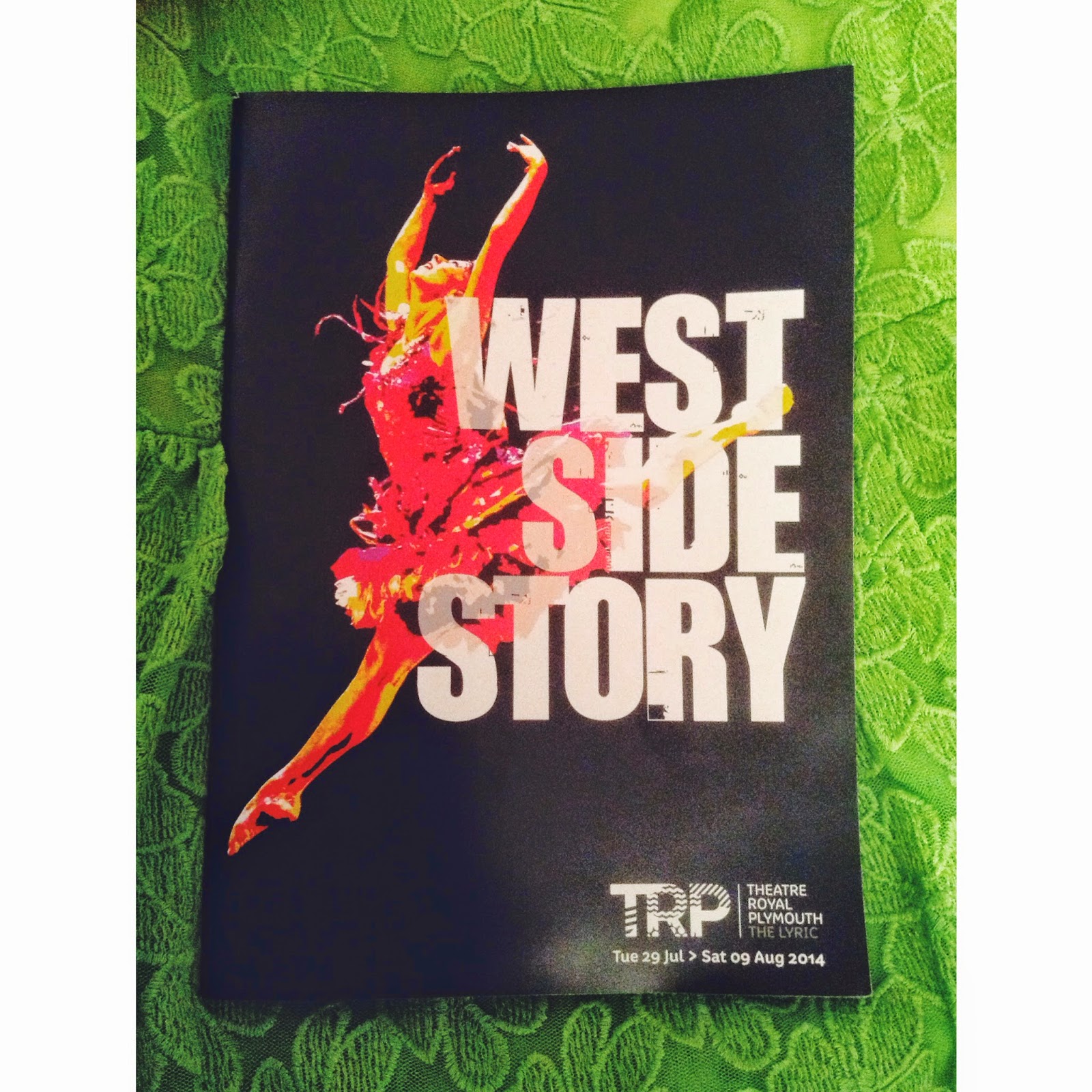 On Tuesday I went to the theatre to see West Side Story. As you probably already know, West Side Story is a modern retelling of Romeo and Juliet set in 1950s New York city. Romeo and Juliet here become Tony and Maria, respectively. Maria's brother, Bernardo, is head of a Puerto Rican gang called the Sharks and Tony is an ex-member of another local gang called the Jets. The gangs mostly fight by dancing and clicking their fingers a lot but it's not as silly as it sounds, I promise.

I saw the movie of West Side Story for the first time a couple of years ago and honestly it didn't quite live up to my expectations. I did enjoy it but maybe I just had my expectations set a little too high. That doesn't even really matter anymore though because in my opinion this production totally blew the movie out of the water. If you've seen the movie but didn't enjoy it as much as you thought you would then I would definitely recommend trying to make it to a live production because I really do think seeing it live gives the whole story a more intense kind of emotion. And if you're near Plymouth before the 9th August then I would definitely recommend this one! I was particularly impressed with the acting and the musical direction in this production and completely floored by the singing of the actors playing Tony and Maria, who both had really gorgeous voices.