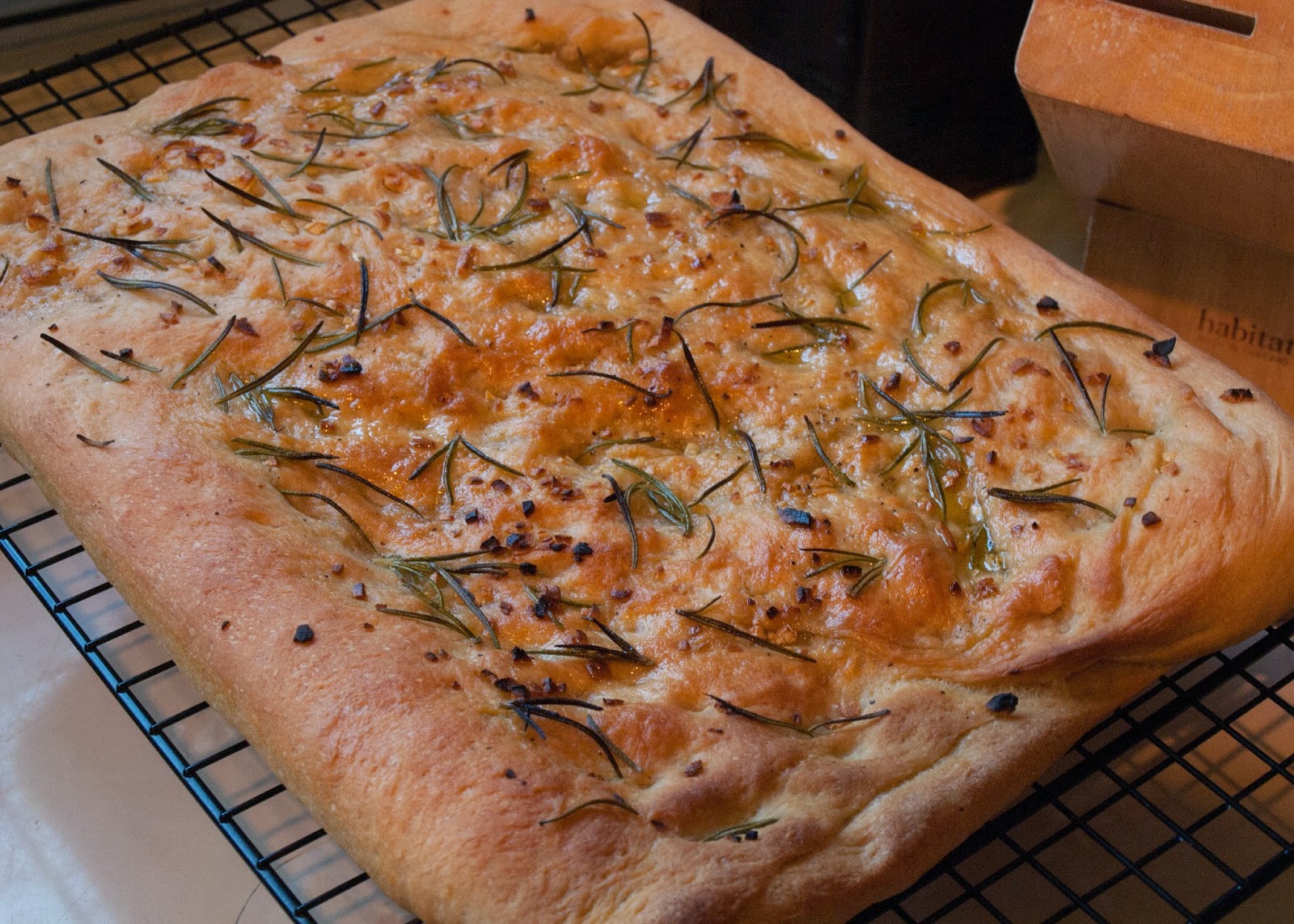 I've been so busy learning about film making this week that I've barely stepped foot in the kitchen at all, but a friend of mine invited me to a BBQ yesterday evening so I immediately knew I had to bake something delicious to take with me. 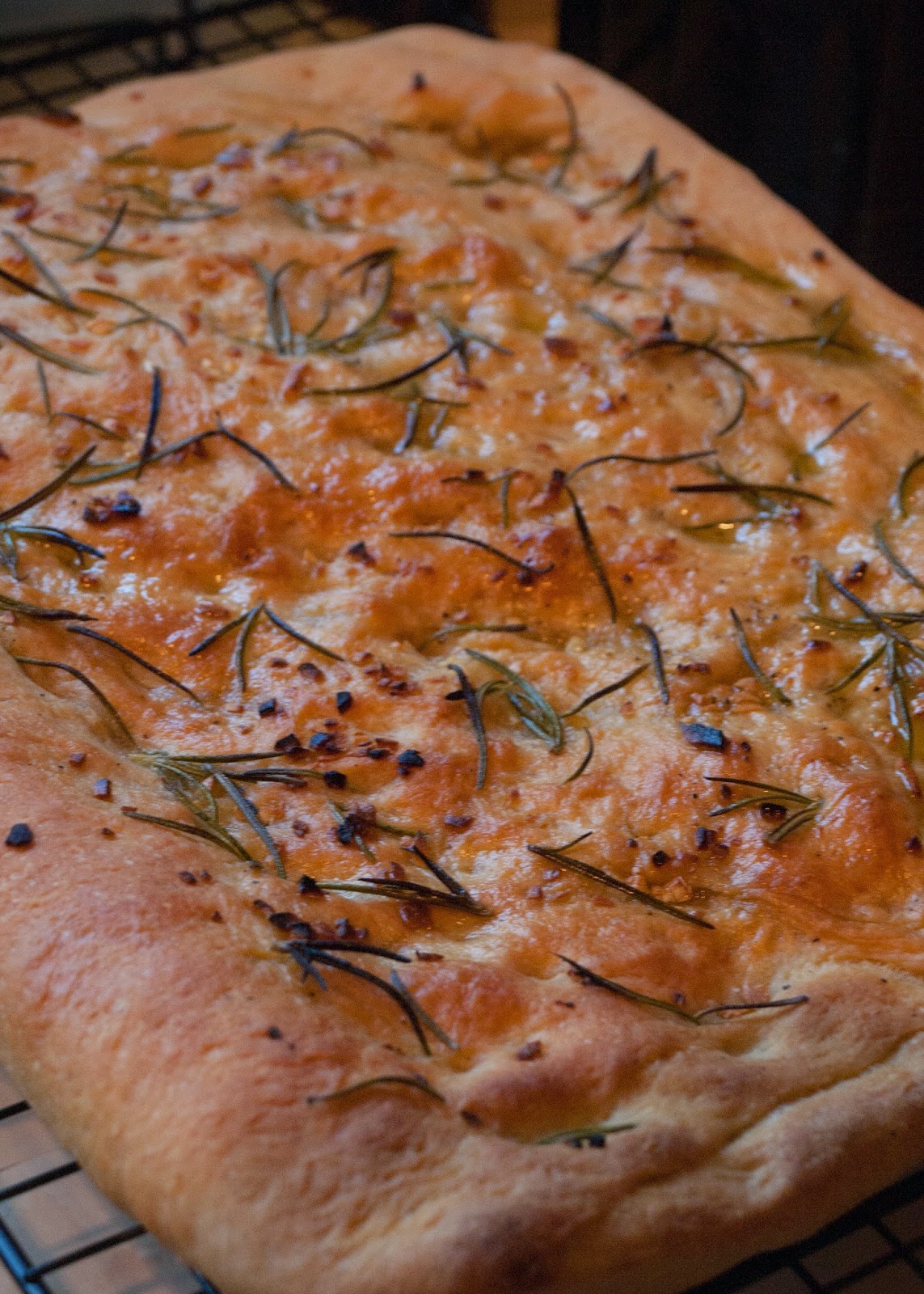 There only ended up being four of us at the BBQ but the focaccia bread went down a storm anyway and between the four of us we basically demolished it (although there were a few slices left for my parents, which went some way to appeasing them over the fact that I was baking things for other people and not them for once.) 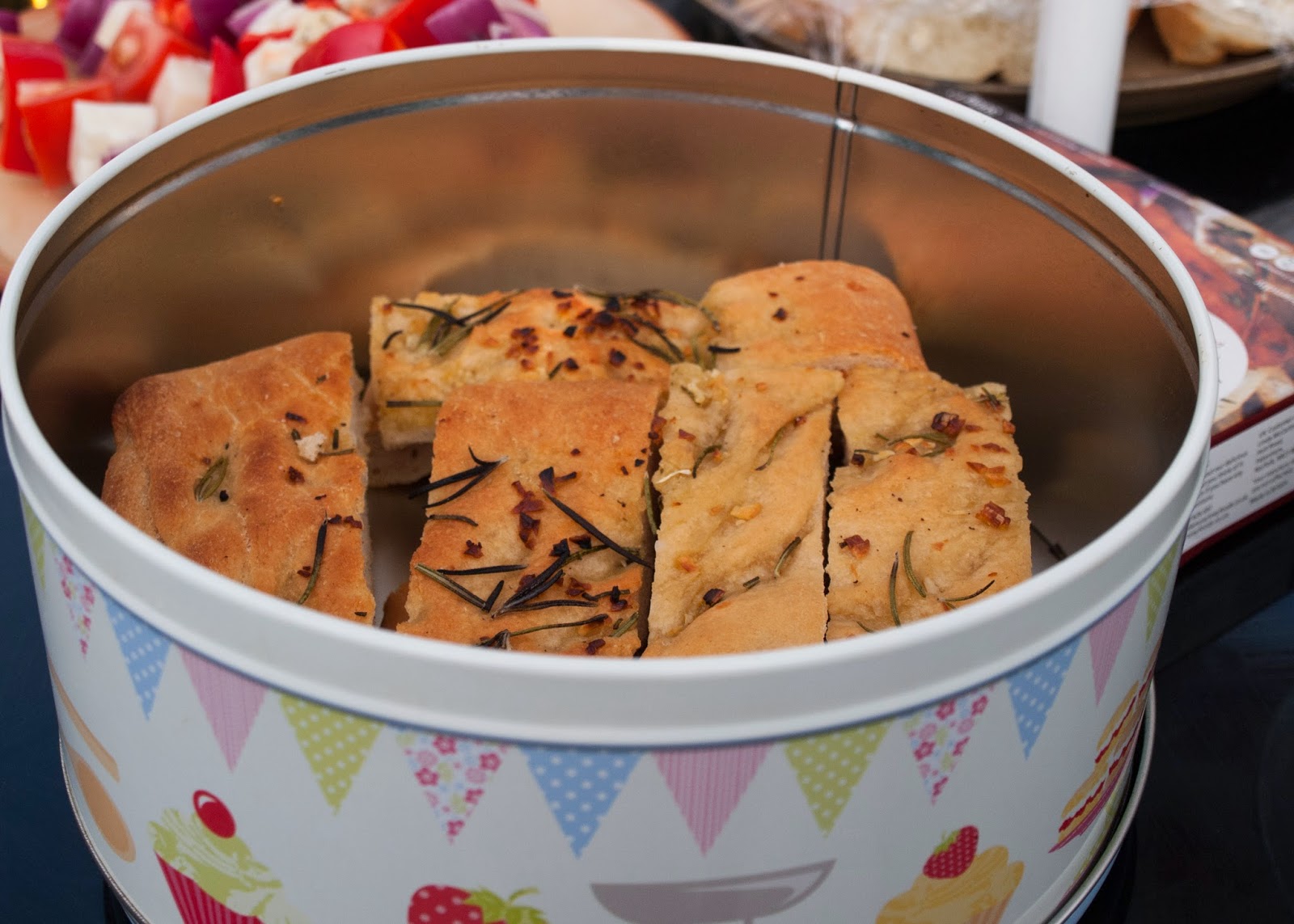 I used this recipe from the BBC food website but added a little extra garlic because in my opinion you can never have too much garlic!

For the dough
For the topping
Method 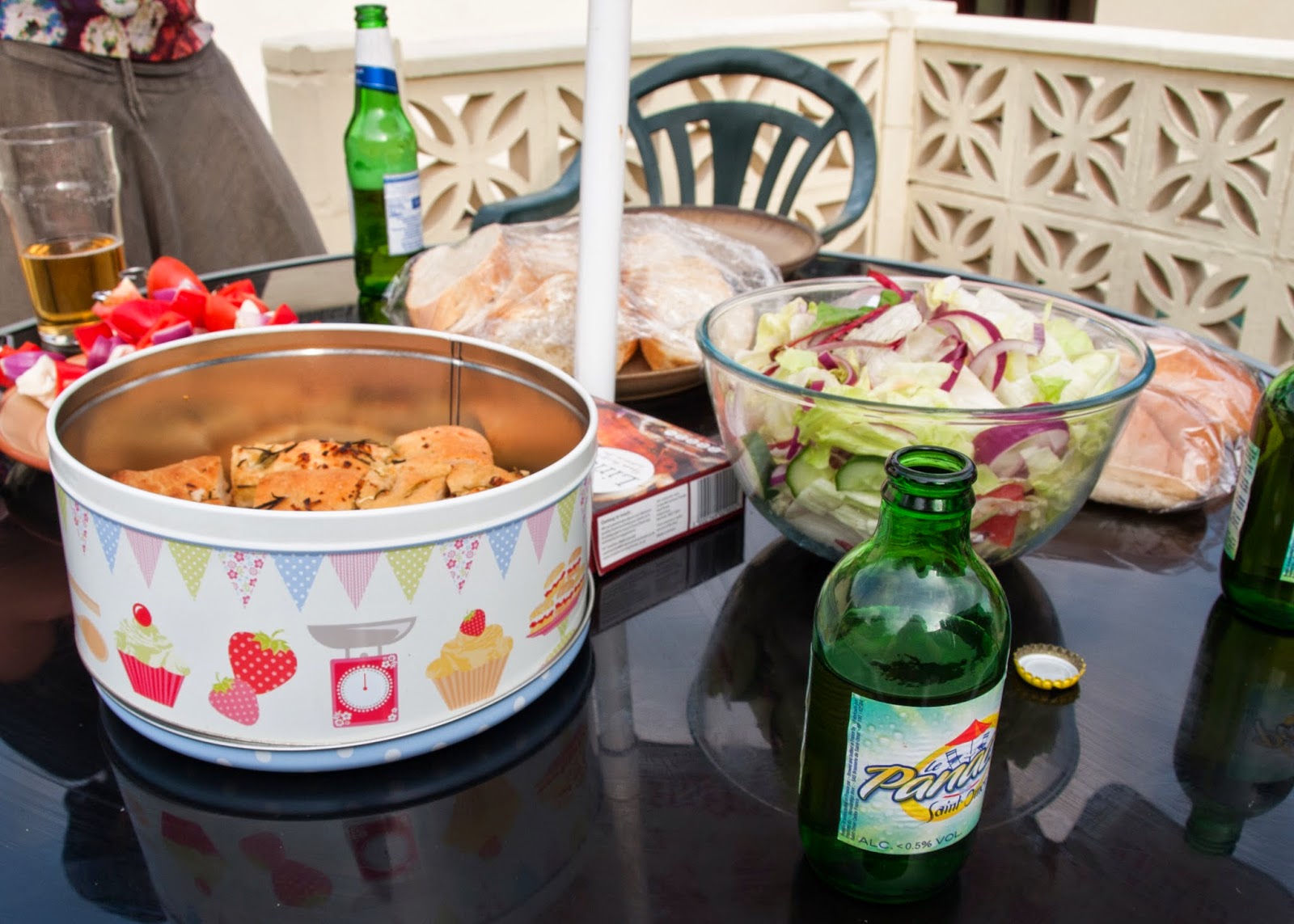