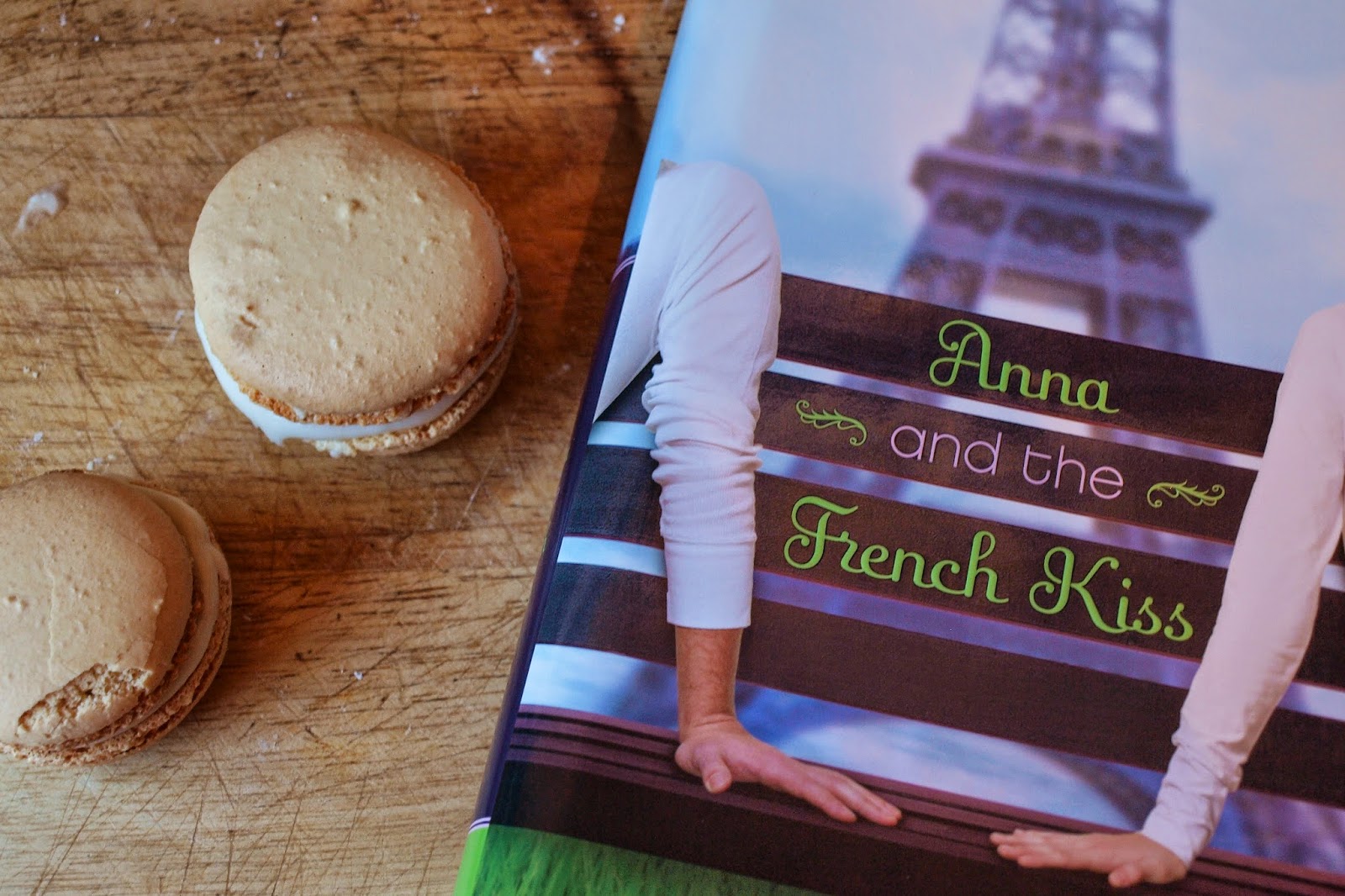 Today's Read Women Month post is a little recipe inspired by one of my favourite books, Anna and the French Kiss by Stephanie Perks. Of course it had to be macarons for a book set in beautiful Paris, and when I thought of Anna Oliphant my mind immediately went to bananas (you'll understand why if you've read the book, I hope). So here they are, delicious banana macarons for Anna and the French Kiss. 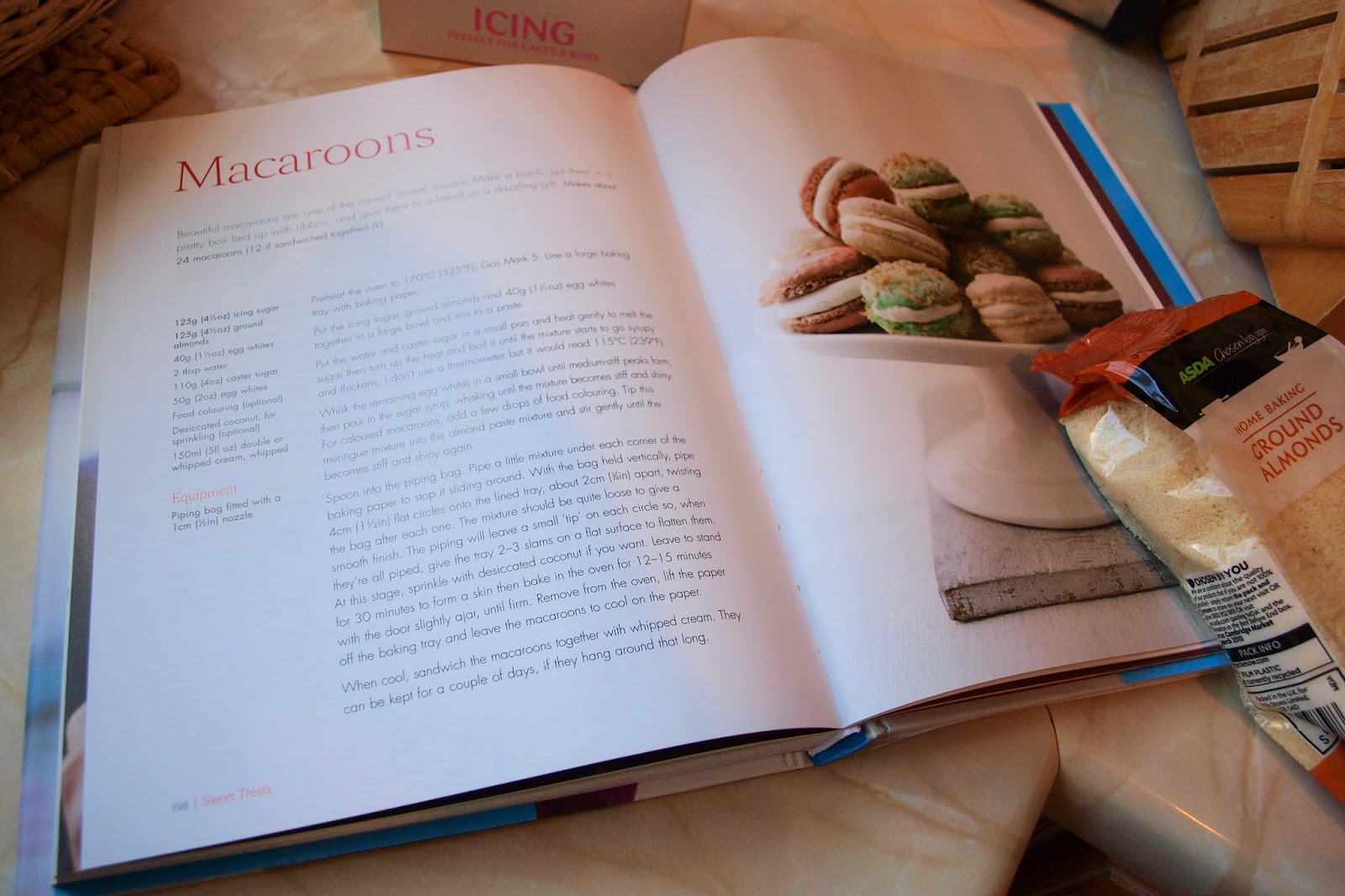 For the macaron shells (possibly not the technical term) I used this recipe from Lorraine Pascale's Baking Made Easy. I actually found this recipe incredibly not easy because I kept messing up the sugar syrup, but they came out alright in the end and if you're a little better with sugar syrup than I am then you should find it a lot easier.

My macarons were supposed to be yellow but I either didn't add enough food colouring or left them in the oven for a little bit too long (probably both) so they've sort of ended up yellow on the inside and brown on the outside. Like a banana left in the bowl for too long... 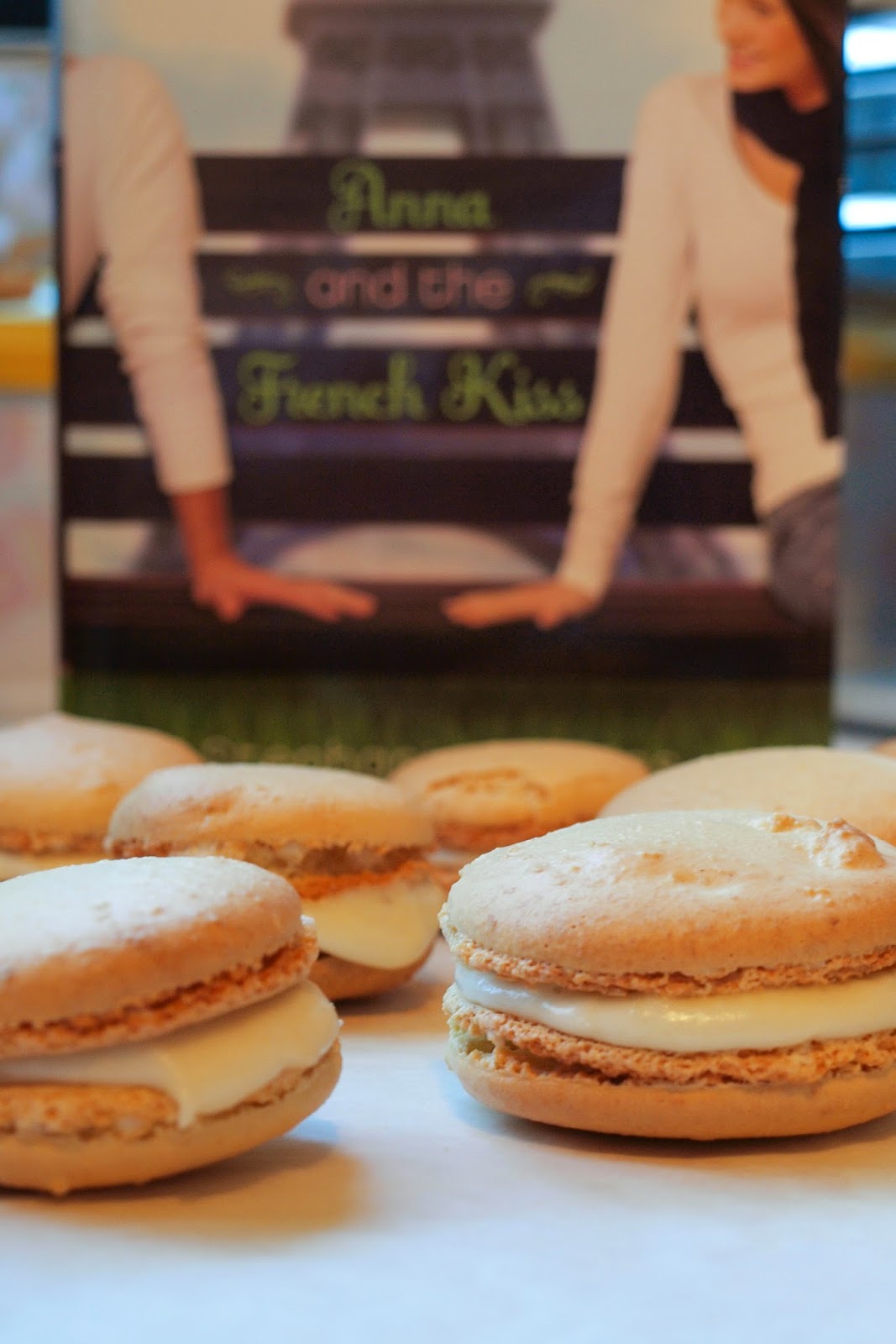 For the filling I used this recipe for banana buttercream icing. I halved the ingredients but ended up having to add a lot more icing sugar to get the icing to a consistency that was thick enough so I've still ended up with a lot left over. I'll give you the measurements I used but bear in mind that you too will definitely need more icing sugar and probably will have some buttercream left over!

Ingredients
Method
And try not to be too upset that you aren't eating them under the Eiffel Tower with Etienne St. Clair!