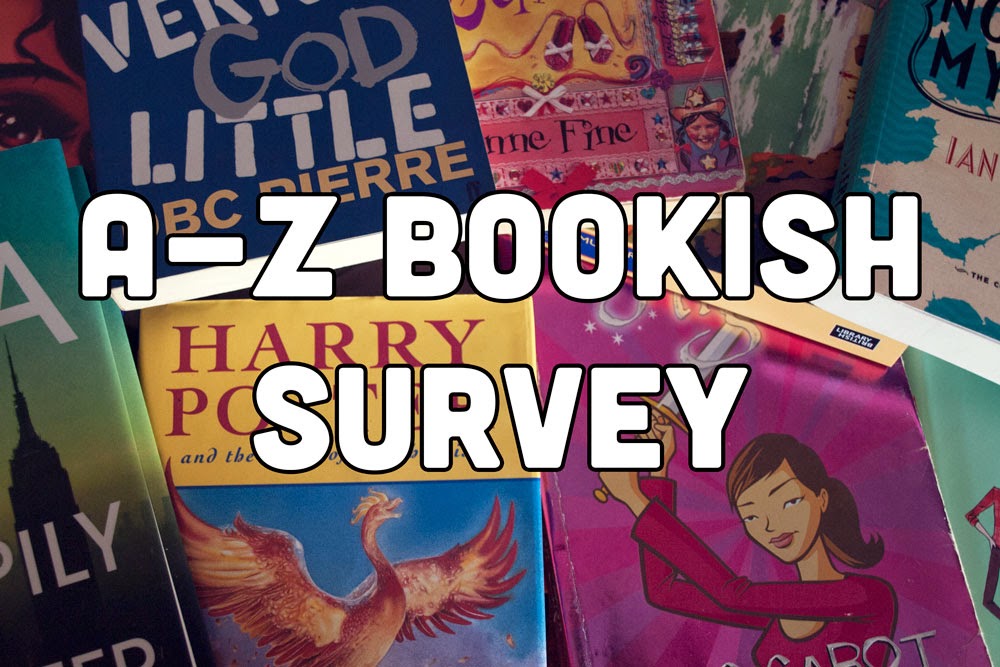 The same day that I decided to make this new blog I saw this tag on The Book Journal and thought it seemed like a fun first post to kick things off with. So without further ado (partly because this is kind of long. Mostly because I'm currently re-watching Gossip Girl and right now I'm on the first Christmas episode!) here are my A-Z Bookish Survey answers!

Author you've read the most books from
Meg Cabot.

Best sequel ever
Lola and the Boy Next Door by Stephanie Perkins or every single Harry Potter sequel.

Currently reading
We Were Liars by E. Lockhart.

Drink of choice whilst reading
A nice cup of tea.

E-reader or physical books
I do read a few books on my iPad and find it super useful but I think it will always be physical books for me.

Fictional character you probably would have actually dated in high school
Can I pretend that I was cool enough in high school to land Cricket Bell?? 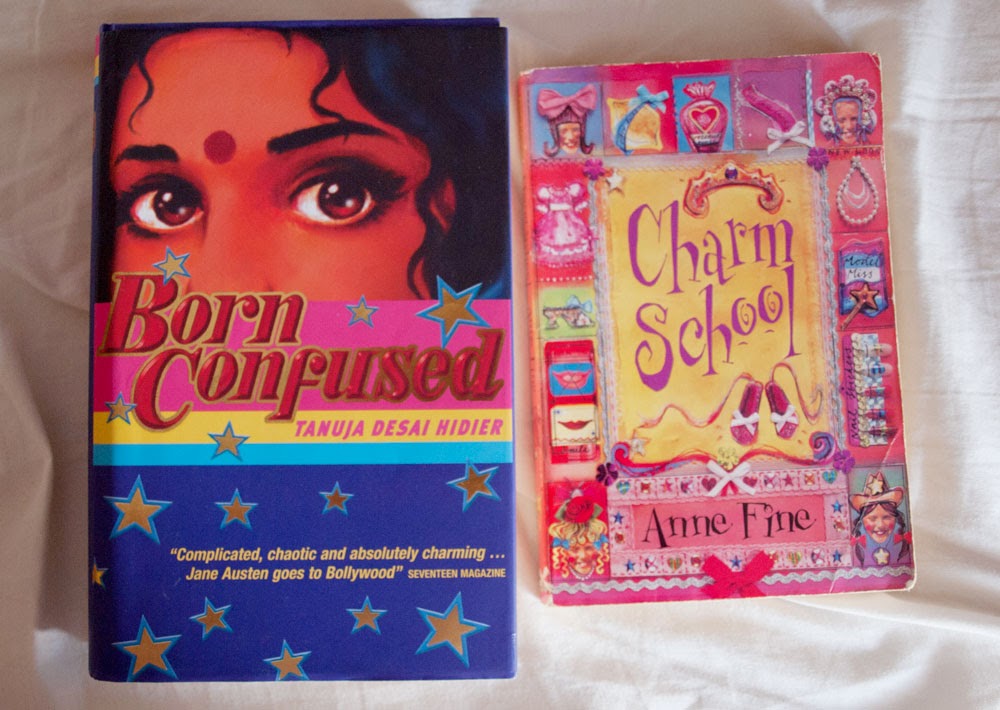 Glad you gave this book a chance
Born Confused by Tanuja Desai Hidier. My mum bought it for me and it sat in my bookcase for ten years or something before I finally got around to reading it. I wish I'd given it a chance sooner!

Hidden gem of a book
I'm going to say Campari for Breakfast by Sara Crowe. It only came out earlier this year but I absolutely love it and I don't know anyone else who's read it yet.

Important moment in your reading life
Probably the first time I finished reading a novel by myself. It was Charm School by Anne Fine and I can still remember how excited I was when I reached the final page because I could finally say that I had read a whole book by myself! 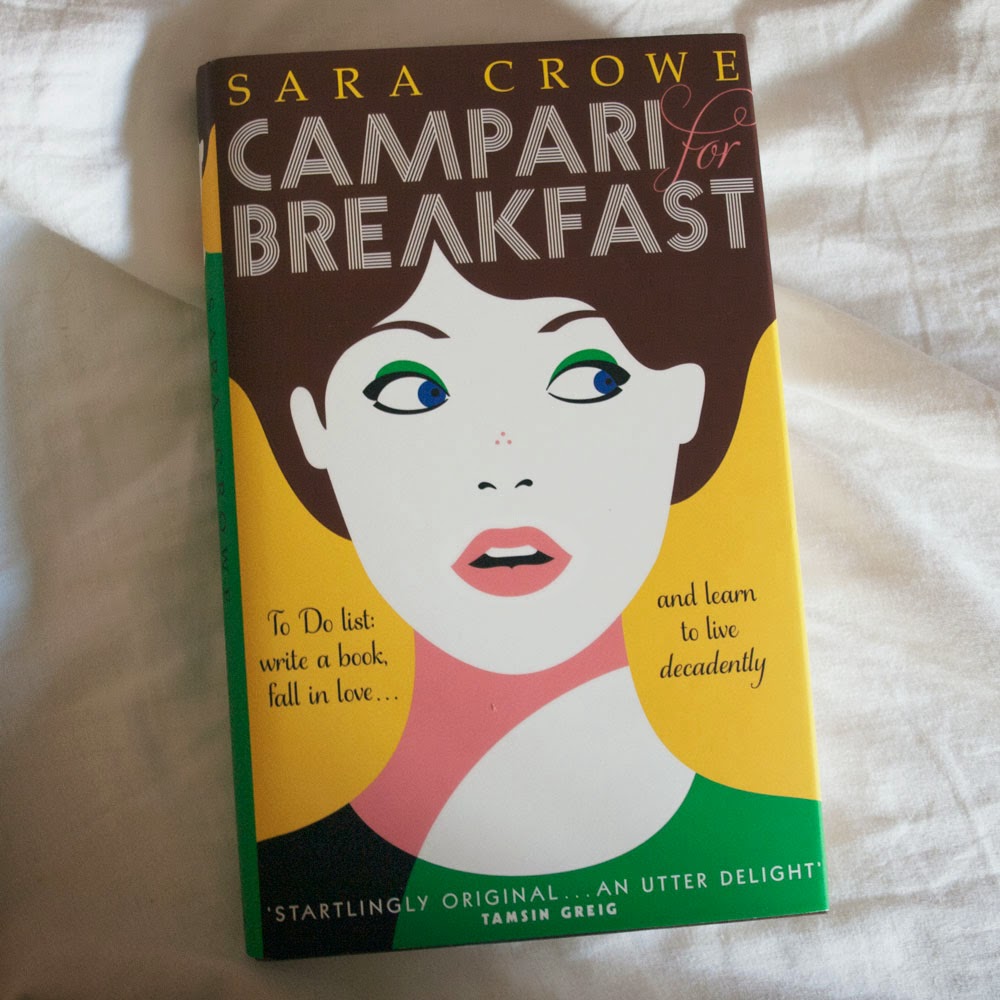 Longest book you've ever read
I expected this to be Thomas Malory's Le Morte d'Arthur but I just checked and it's actually Harry Potter and the Order of the Phoenix, clocking in at an impressive 766 pages. 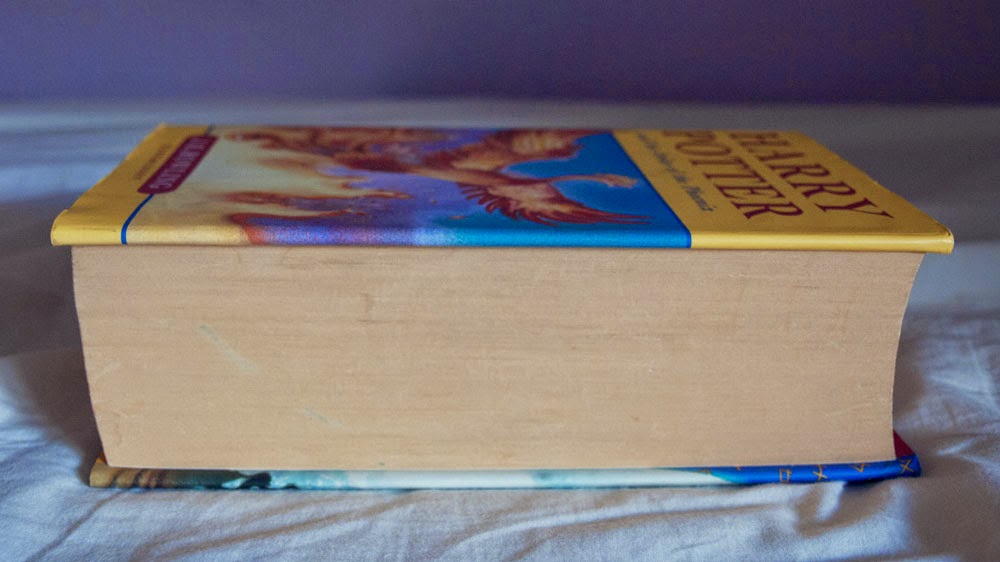 Major book hangover because of...
Isla and the Happily Ever After by Stephanie Perkins.

Number of bookcases you own
Two bookcases + a drawer full of books + half a shelf on my parents' bookcase.

Preferred place to read
In bed or in the bath. Just, lying down somewhere, I guess.

Quote that you like from a book you've read
'God knows I tried my best to learn the ways of this world, even had inklings we could be glorious; but after all that's happened, the inkles ain't easy anymore' from Vernon God Little by DBC Pierre.

Reading regret
That I actually read the entire of The Time Traveler's Wife.

Series you've started and need to finish
The Percy Jackson series! I've only read the first one but I really want to read the rest of the series. 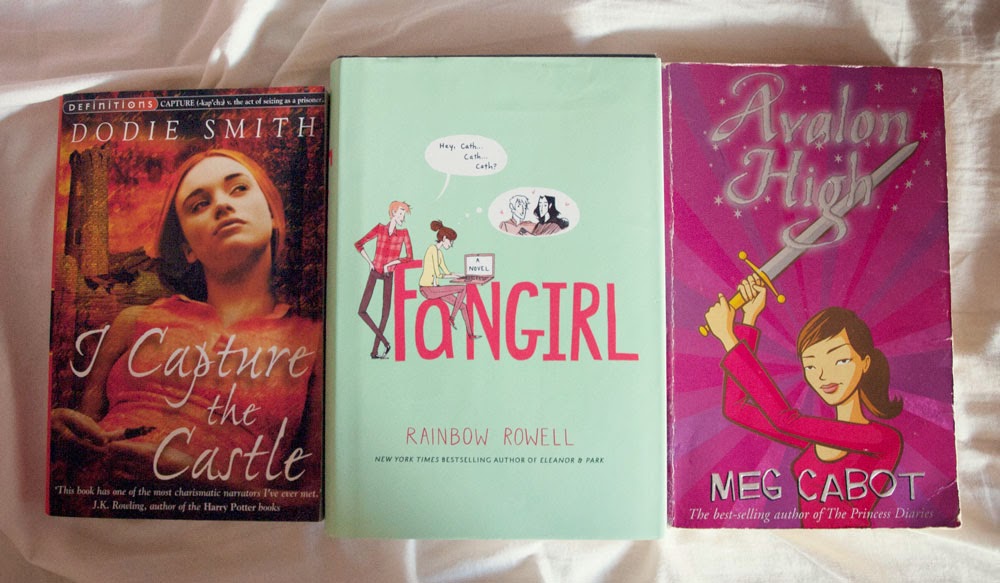 Three of your all-time favourite books
I Capture the Castle by Dodie Smith, Avalon High by Meg Cabot, and Fangirl by Rainbow Rowell.

Unapologetic fangirl for
Harry Potter and The Princess Diaries.

Worst bookish habits
I can't really think of any. Unless you count buying books faster than I can read them. If you do then that.

X marks the spot - start at the top of your shelf and pick the 27th book
A Series of Unfortunate Events #12: The Penultimate Peril by Lemony Snicket. 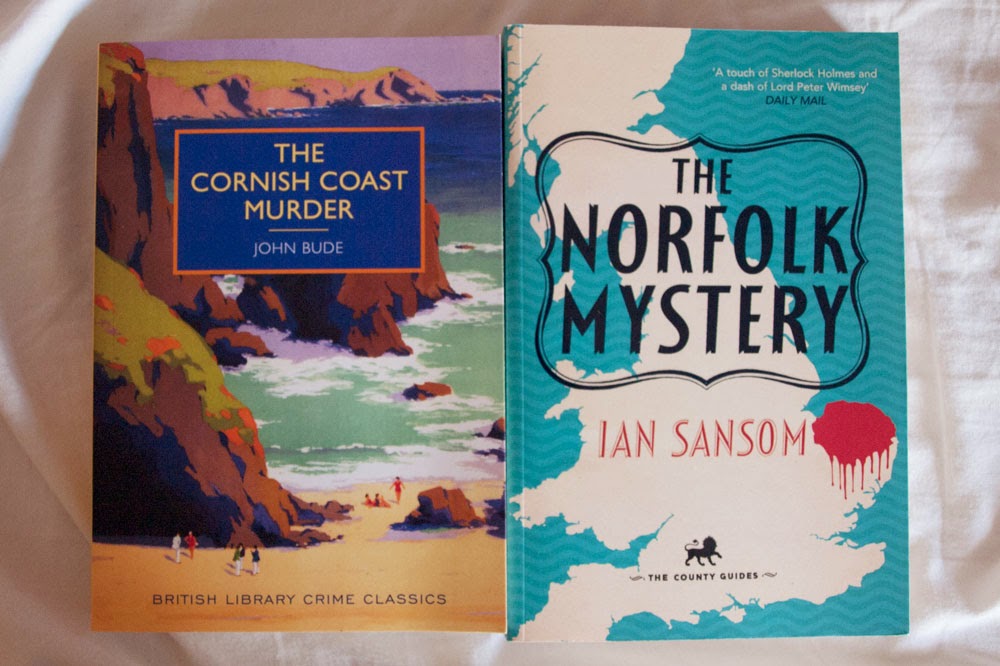 Your latest book purchase
The Cornish Coast Murder by John Bude and The Norfolk Mystery by Ian Sansom.

Zzzz-snatcher book - last book that kept you up WAY too late
Isla and the Happily Ever After by Stephanie Perkins. I barely stopped to sleep or eat while I was reading that book. 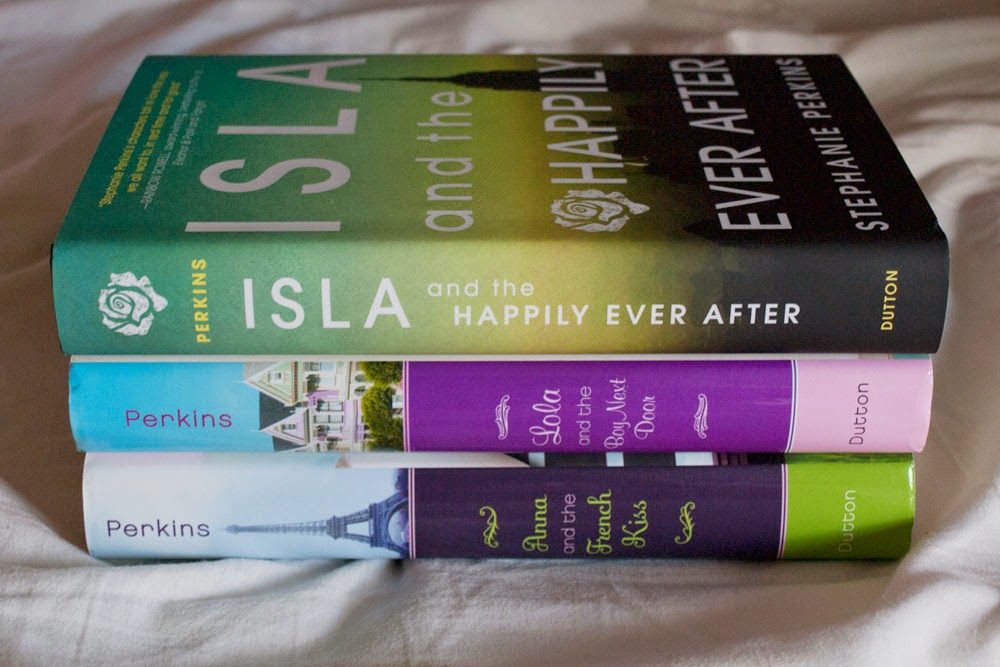