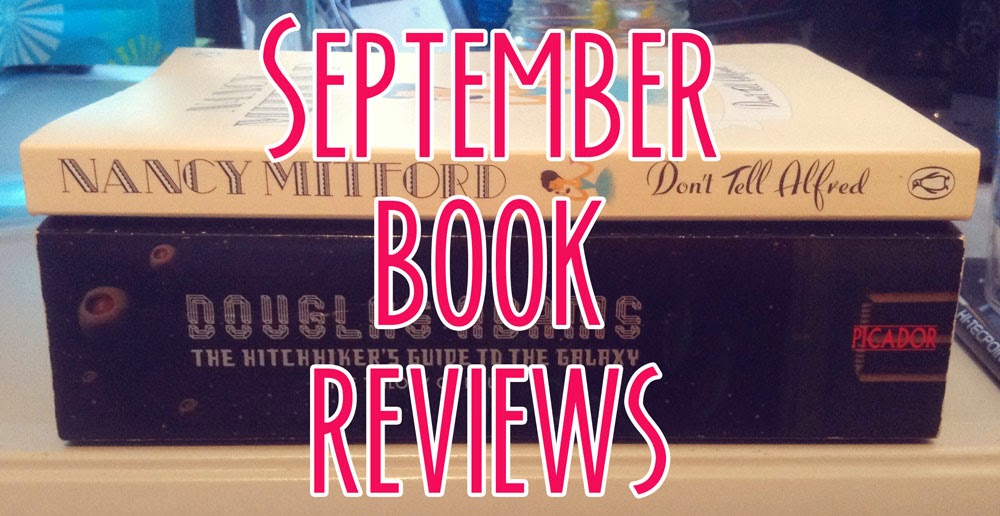 Just two books this month and both of them are conclusions to series whose previous books I've already reviewed on this blog, which is actually nice and fitting for what will probably be the last monthly book reviews post you'll see on stasialikescakes! (More about that at the end of this post. Ooh. Teasing.) 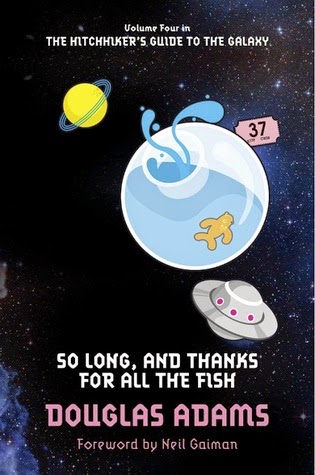 So Long, and Thanks for All the Fish by Douglas Adams

I know there is technically one more book in the Hitchhiker's Guide series but I've been informed that it's best to stop after the fourth one and only the first four are included in my bind-up anyway so for now at least my journey with Arthur Dent is definitely at an end. Like the previous book (which I talked about in last month's reviews) I really missed the group dynamic between Ford, Arthur, Zaphod, and Trillion in this one too, however, there were a lot of aspects of So Long and Thanks for All the Fish that I really did like. Adams's humour was on top form, as usual, and I thought Fenchurch was an excellent character. If anything, I'd have liked more of her. I really enjoyed the story line though and Arthur finally finding out a few things. Some questions were, of course, still left unanswered, but all in all I think this was a pretty fitting end to the series. I just wish it had been a bit longer, to be honest. 4/5 stars. 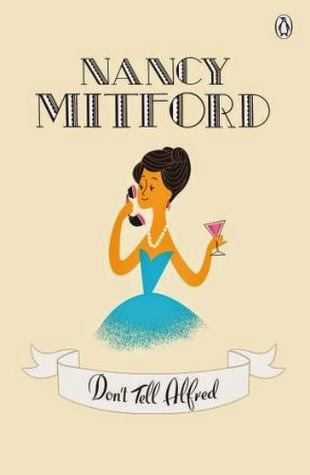 Regular readers of this blog with good memories will remember that I liked the first book in this series, The Pursuit of Love, and loved the second, Love in a Cold Climate. Don't Tell Alfred takes place some years after the first two books and in Paris this time (I know, I know. Paris? Again?) where Fanny must navigate French politics, the previous occupant of her house who refuses to leave, and her wayward sons, all of whom are rebelling in some way or another. Don't Tell Alfred was every bit as funny as The Pursuit of Love and Love in a Cold Climate and Northey along with Fanny's sons were almost entertaining enough to make up for the lack of the wonderful Jassy and Victoria. I'm firmly in love with Nancy Mitford now and can't wait to get my hands on The Blessing and Wigs on the Green. 4/5 stars

Now, I mentioned at the start of this post that this might be the last monthly book reviews you see on this blog and that's because I've started a new blog called stasialikesbooks! I will still be posting recipes and lifestyle posts and all those other bits and pieces on stasialikescakes, don't worry, but from now on I will be posting book reviews, book tags, film reviews, tv recommendations and all of those sorts of things on stasialikesbooks. I'm doing this because I've felt for a while now that this blog is sort of all over the place and I feel that splitting it into two like this might help me to focus better on what I want to post without worrying about everything fitting together. I hope that makes sense?

It was a pretty spur of the moment decision to be honest and who knows, it's entirely possibly that a few weeks from now I could be back, tail between my legs, admitting that it was a terrible idea and that actually I'd quite like to go back to the way things were before. But honestly, right now I'm feeling really positive about the idea, and I hope you are too!