A while ago, my mum found her old Olympus AF-10 point and shoot camera in a drawer in her office and asked if I wanted it. Obviously, I did. I'll have any camera someone offers me. This one though, also had a roll of film in it that had been half shot and left there for no one knew how long. We had no idea what might be on the film or if it would even come out after so many years, but I decided to find out. I finished the roll off and took it to be developed, with the full expectation that I might end up with nothing to show for this experiment.
But I didn't end up with nothing! 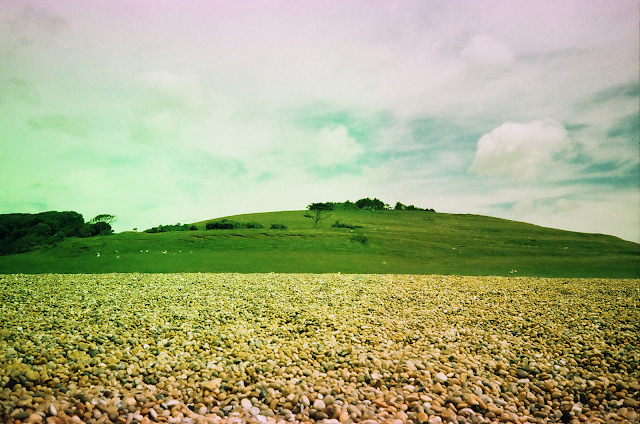 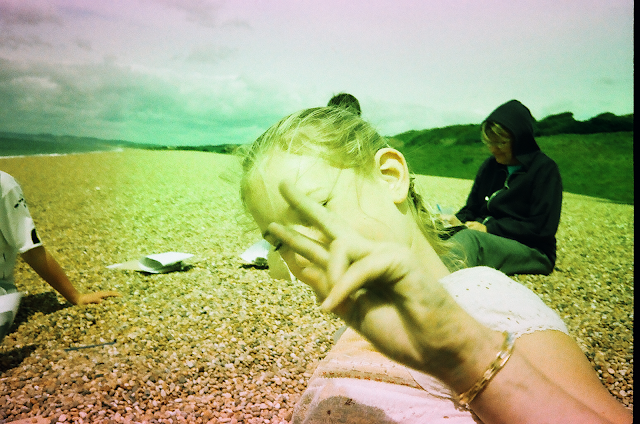 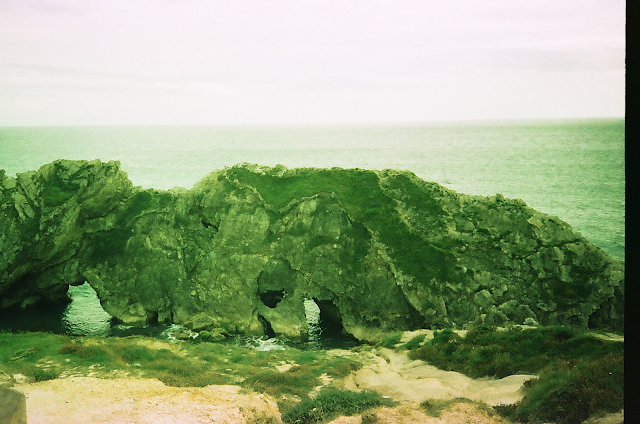 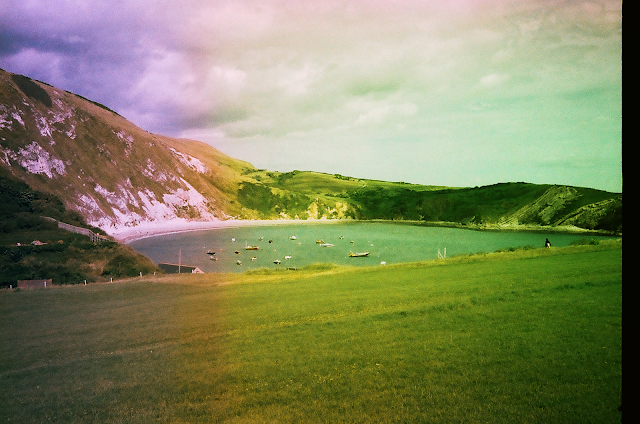 What I ended up with was a slightly psychedelic set of photos I actually took on a school trip when I was probably around 13. I remember the trip in question (I think it was for geography) but I have no idea where the trip was to and neither of my parents remember either. If you recognise this unidentified beach, please let me know!
I also ended up with a few not-so-bad pictures of Bodmin Moor from earlier this year. 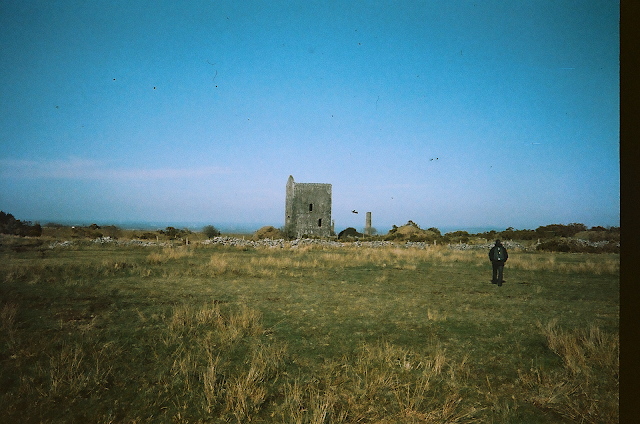 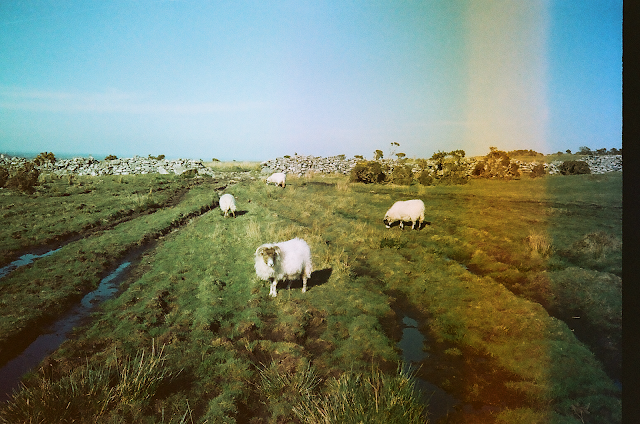 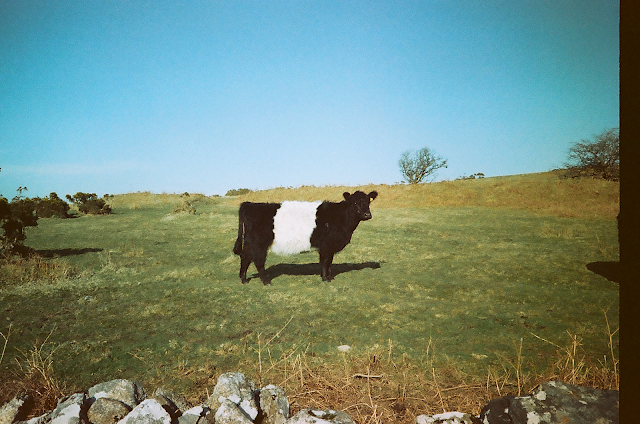 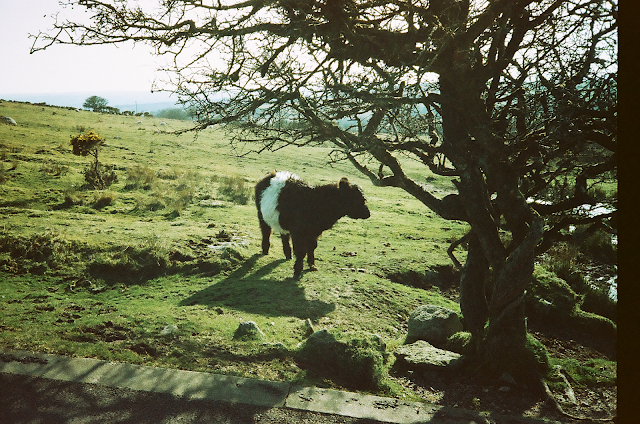 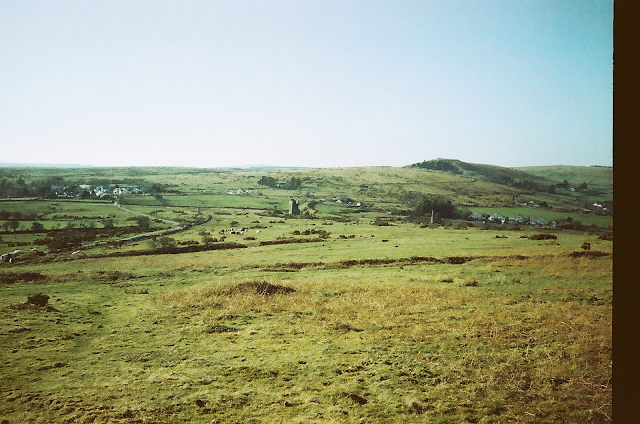 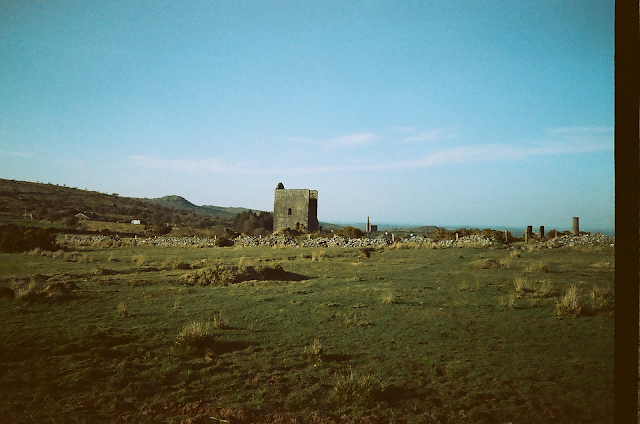 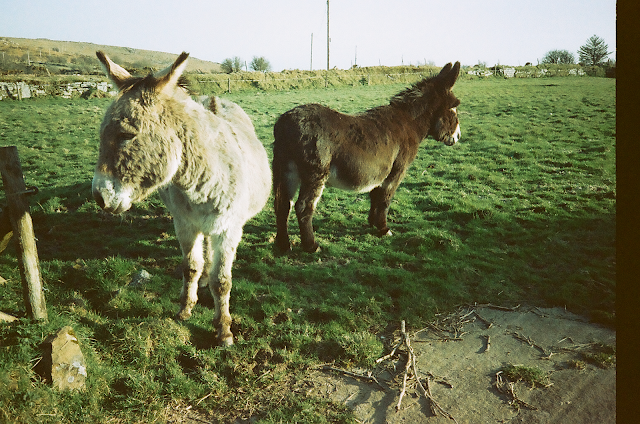 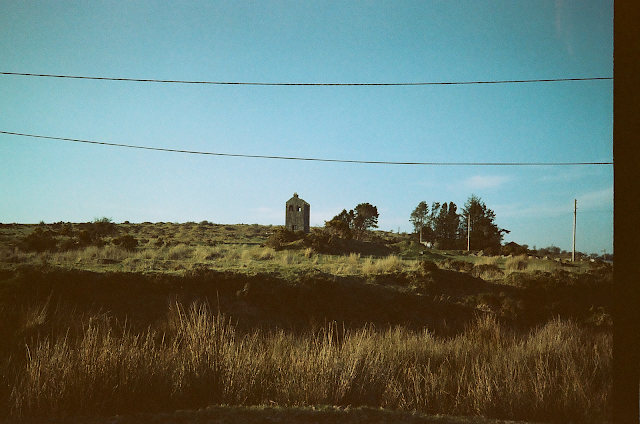 One film, two sets of photos, ~15 years apart. All in all, a successful experiment!
Posted by Anastasia at 11:09