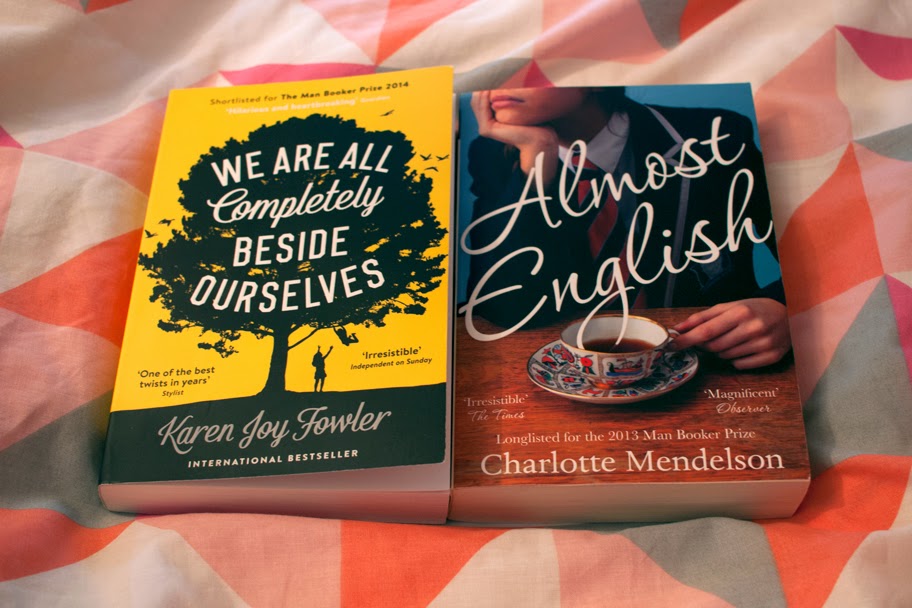 How great is my new duvet cover? It's so eighties. I love it.

This is just a tiny haul because mum came home a few weeks ago with a small pile of used books she had bought for just 25p each and we split them between us. She kept My Sister's Keeper and some other novel I've forgotten the name of that sounded equally like something I am just not interested in and I took ownership of these two very interesting looking titles. 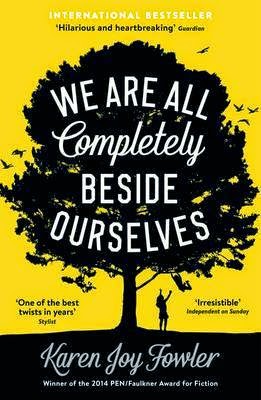 What if you grew up to realise that your father had used your childhood as an experiment?

Rosemary doesn't talk very much, and about certain things she's silent. She had a sister, Fern, her whirlwind other half, who vanished from her life in circumstances she wishes she could forget. And it's been ten years since she last saw her beloved brother Lowell.

Now at college, Rosemary starts to see that she can't go forward without going back, back to the time when, aged five, she was sent away from home to her grandparents and returned to find Fern gone.

I've heard plenty about We Are All Completely Beside Ourselves over the past year. It's been everywhere since it came out and I've seen a lot of very mixed reviews but nothing about it really caught my interest until I saw a review, coincidentally the day before mum brought this book home, that sort of spoiled what I think is supposed to be the big twist of this story. (I could be wrong. It may very well turn out that this thing is obvious from the beginning but I don't want to mention it just in case!) Normally that sort of thing would turn me off a book but in this case it has actually made me far more interested in the story than I was before and I'm definitely looking forward to reading it. 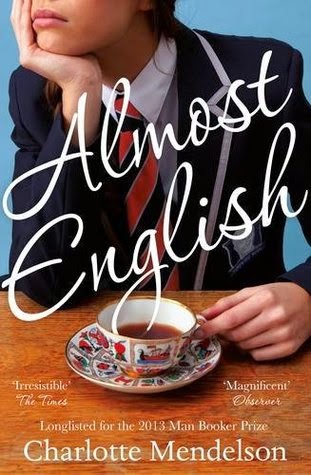 In a tiny flat in West London, sixteen-year-old Marina lives with her emotionally delicate mother, Laura, and three ancient Hungarian relatives. Imprisoned by her family's crushing expectations and their fierce unEnglish pride, by their strange traditions and stranger foods, she knows she must escape. But the place she runs to makes her feel even more of an outsider.

At Combe Abbey, a traditional English public school for which her family have sacrificed everything, she realises she has made a terrible mistake. She is the awkward half-foreign girl who doesn't know how to fit in, flirt or even be. And as a semi-Hungarian Londoner, who is she? In the meantime, her mother Laura, an alien in this strange universe, has her own painful secrets to deal with, especially the return of the last man she'd expect back in her life. She isn't noticing that, at Combe Abbey, things are starting to go terribly wrong.

I haven't heard much about Almost English but I do remember picking it up once in Waterstones some time ago and thinking it sounded interesting, although obviously I didn't buy it and did completely forget about it until mum handed me this copy... The reviews on goodreads don't seem to be overwhelmingly positive but it does sound like an interesting plot so I'll definitely be giving it a go!